Watch the Chandrayaan-1 launch live on the Internet!

India's space agency, ISRO, has announced that they will be hosting a live webcast of the launch of Chandrayaan-1 lunar orbiter, beginning on October 22 at 05:50 Indian Standard Time, which is 00:20 UTC, or October 21 at 17:20 my time. (Yes, India is one of the few countries in the world whose standard time is offset from most other nations' standard time by a non-integer number of hours; click here for a conversion to your local time zone.) I don't have a link to the webcast itself, but it should be reachable from the ISRO home page.

Helpful readers have been sending me some links to more information about this mission, including a detailed "brochure" about the Chandrayaan-1 mission, its hardware, and its science goals, and also a photo gallery with some MUCH better pictures than I'd seen before (though there isn't much in the way of caption information, sadly). Here's Chandrayaan-1 on its Polar Satellite Launch Vehicle, making the slow journey to the seaside launch pad at Sriharikota, I think on October 18: 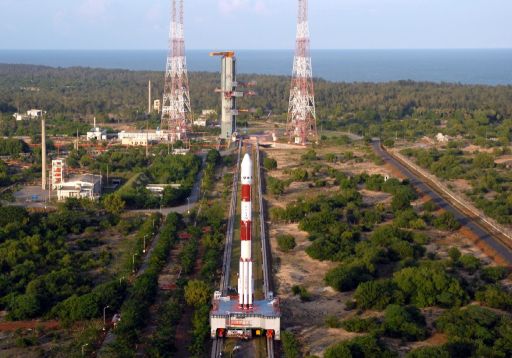 Chandrayaan-1 journeys to the launch pad 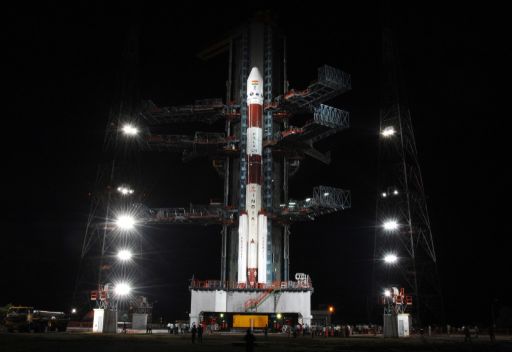 Chandrayaan-1 on the launch pad

And here's a neato picture of the impact probe being integrated onto the spacecraft: 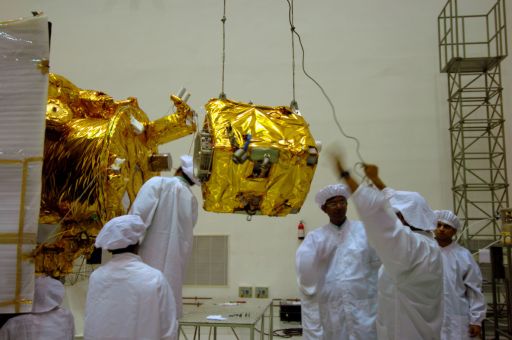 Integration of the Impact Probe onto Chandrayaan-1

And one more pic of the spacecraft undergoing prelaunch testing, after the impact probe had been attached. According to the metadata within the original JPEG files, these last two photos were taken on October 4. 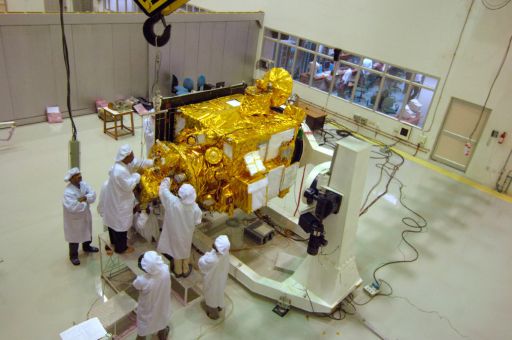 Here's a detailed story on the preparations taking place during the countdown (which is already underway).

I'll be watching the launch for sure, and will keep posting updates!