MESSENGER has Mercury in sight; more on MESSENGER's solar sailing

Here's the first photo of Mercury that MESSENGER took on approach to its second flyby, an event that'll unfold on Monday: 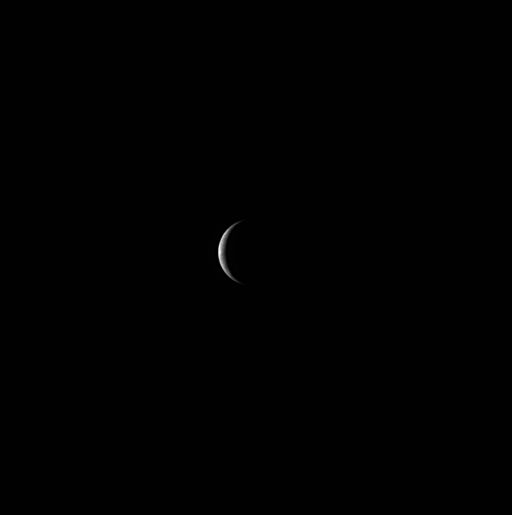 This is MESSENGER's first optical navigation photo from its second flyby of Mercury, taken on October 3, 2008 from a distance of 1.5 million kilometers (0.9 million miles).
Everything on that crescent is territory unseen before by spacecraft. However, it's tough to see much detail yet, because Mercury is so far away, and because it's such a thin crescent. There'll be much better views on the outbound leg of the flyby.

I've received numerous questions from Planetary Society members asking whether the MESSENGER's successful use of solar sailing to target this flyby means that there's no need for us to try to launch a Solar Sail mission anymore. I asked Lou Friedman to respond to that, and here's what he told me.

The Planetary Society's goal with the Solar Sail mission is not just to demonstrate a physical concept, that solar sailing works. That's already been done. Solar pressure forces on spacecraft in the vacuum of space have been measured for years, and need to be taken into account when navigating spacecraft, particularly spacecraft like Mariner 10 and MESSENGER that travel very close to the Sun. MESSENGER's precise use of this force to correct its trajectory is a novel and valuable demonstration of a use of solar sailing.

In his opinion, Lou said, the concept of solar sailing did not need proving. It is the application of solar sailing to produce a controlled flight that we seek. MESSENGER did that for a brief trajectory maneuver. The flight we wish to do is to use a solar sail to generate a continuous low-thrust force to make changes in orbital energy and permit interplanetary flights -- like ion engines do, only solar sailing would consume no fuel. To do that you need a real sail, a large gossamer structure that can be controlled in flight. That hasn't been demonstrated yet. When we do demonstrate it, it will be a major engineering -- not physics -- milestone.