Earth to Phoenix: You are "go" to grab an ice sample for TEGA

The commands have now been sent to Phoenix for it to spend the early hours of sol 60 rasping into Snow White, getting that ice sample into the scoop, and dumping it on to TEGA, all in a short enough amount of time to prevent any ice from sublimating before the TEGA oven doors close. This will be only the second time that TEGA has been operated. I am sure the team is on tenterhooks, waiting for confirmation that everything operated according to plan. The plan, near as I can figure it from the web update and the (unfortunately not time-ordered) list of images commanded for the camera, is as follows (note SSI = the mast mounted camera; RAC = robotic arm camera):

I am very curious to know what kind of scenarios are built in to the sequence for TEGA. The instrument is going to have to operate autonomously, according to a long string of commands delivered to it today, to get that sample in. How much do they plan to shake? What happens if nothing gets in on the first tries -- how will the instrument change its behavior? What if nothing gets in at all? Since it's only the second time TEGA has received a sample, the team can't possibly yet have a feel for how it operates on Mars; sequencing it has got to feel like groping your way around in an unfamiliar dark room, looking for the light switch.

It's now about 05:45 at Phoenix' landing site. I don't know the exact timeline, but if Phoenix isn't already rasping away it's at least preheating and preparing for this momentous day. Good luck to Phoenix and the team -- it's about time the TEGA team caught a break. 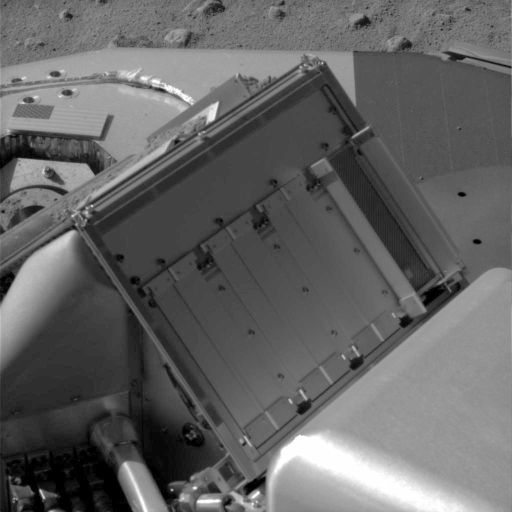 On sol 53 at 13:58 local solar time, the shutters on TEGA's Oven 0 stand open fully -- the first set of doors on TEGA to open properly. The oven should now be ready to accept a sample of ice-rich soil from the Snow White trench.