Beautiful mosaic of the Voyager mountains

One of my favorite amateur image magicians, Gordan Ugarkovic continues to play around with the amazing data recently released by the Cassini mission, covering the Iapetus encounter of last September. Here's a lovely mosaic he just put together of the Voyager Mountains. You can see my puny effort at this mosaic, using just the raw data, here-- but below is what happens when an artist gets his hands on the real data. 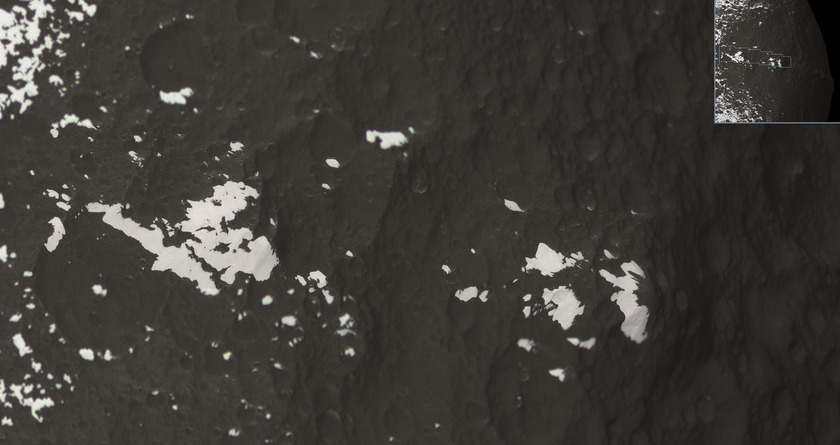 Just after its closest approach to Iapetus on September 10, 2007, Cassini focused downward to capture a six-frame color mosaic of the "Voyager Mountains," a line of peaks first spotted in images from the Voyager spacecraft as a series of white spots marching along the equator into the dark terrain.

To remind you what the flyby was all about, you might want to check out the preview story I wrote back in September.