This is a post for those of you who manage to make it here through the continued attacks on our website...

There was a downlink from Phoenix via Odyssey this evening, and it included a lot of great new images. Among them was the first image of the Visions of Mars disc, with Martian soil in the background. For some of you, this is confirmation that your name has reached the surface of Mars. Congratulations to you all. I put this version together from three images, apparently taken through red, green, and blue filters. 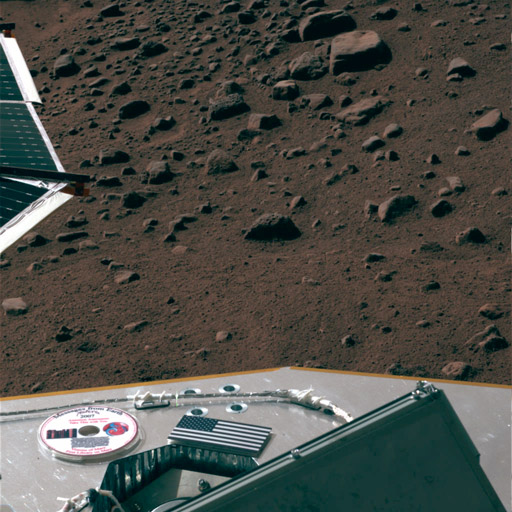