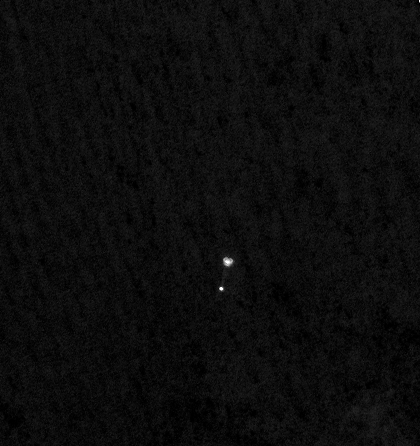 HiRISE spots Phoenix as it falls

This amazing photo shows the Phoenix lander, still protected inside its backshell and heat shield, stretched out below its parachute (at the top of the image). It was taken by the HiRISE camera on Mars Reconnaissance Orbiter as Phoenix descended, a speeding bullet photographed by a speeding bullet.
Here's a zoom: 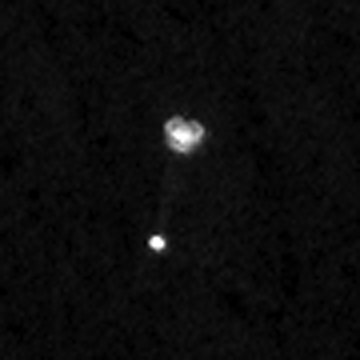 4x zoomed view of HiRISE photo of Phoenix during descent

This photo of the Phoenix lander under its parachute has been enlarged by a factor of 4.