I thought that today's image release from the Cassini imaging team was exceptionally pretty: 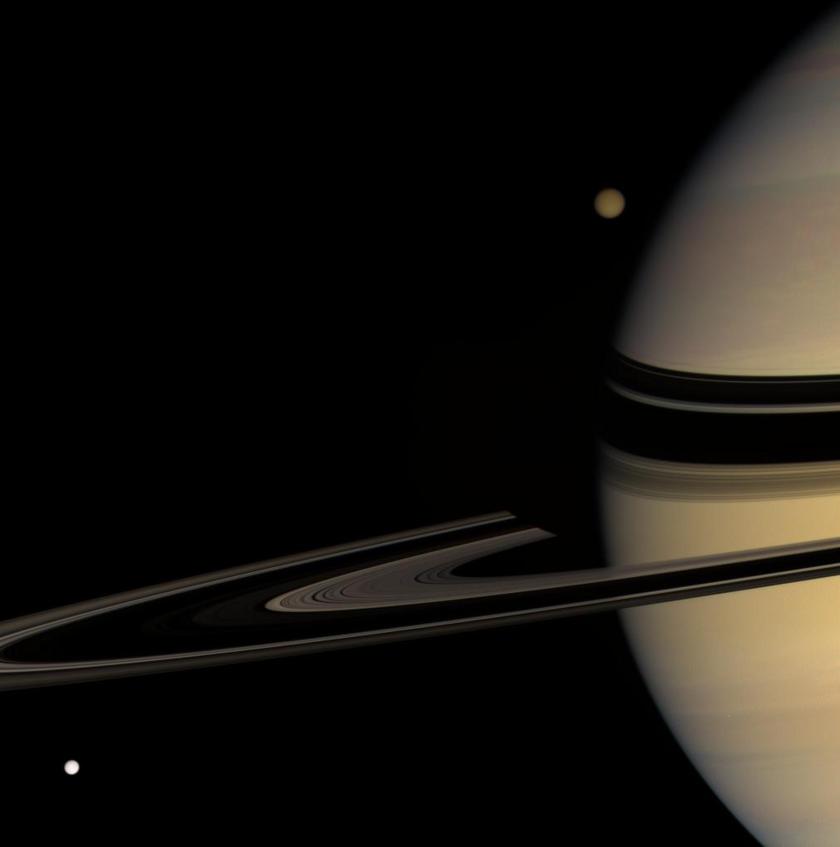 Cassini spotted Saturn and two of its moons in this approximate true color image taken on 30 January 2008. The orange ball of Titan has just emerged from behind Saturn, and is much more distant from Cassini than the bright icy dot of Tethys, in the foreground at the lower left of the image. Because Cassini was on the north side of the rings, we are seeing the rings' shadowed side, so the broad, opaque B ring looks black, while the inner, tenuous C ring looks much brighter. As Cassini's mission proceeds, the season is approaching equinox, so the shadows of Saturn's rings now fall much closer to the planet's equator than they did in the beginning of the mission. At the same time, Saturn's northern hemisphere is losing the brilliant blue color it had at the start of Cassini's mission.

When Cassini catches many of the worlds of the Saturn system in one camera frame, you can readily understand how the brightnesses of different bodies in the system differ. Tethys, like Dione, Rhea, Enceladus, and Mimas, is an ice-covered moon, and is really very bright, and becuase Tethys reflects light pretty strongly at all visible wavelengths, it appears white. The atmospheres of Titan and Saturn are much dimmer, swallowing up more of the solar radiation that hits them, and they preferentially reflect more longer-wavelength than shorter-wavelength light, giving them an orangish cast.

The changes of Saturn's colors with the seasons are pretty interesting, too. It would be fun to dig into the Cassini archives for pictures of Saturn over time that show how the ring shadows have been moving south, and the northern hemisphere getting less blue, over time. Here's a photo from early in Cassini's mission to show you the shocking blue color that the northern hemisphere had when Cassini first showed up. I wonder if Cassini will last long enough at Saturn to see the same color develop in the south? 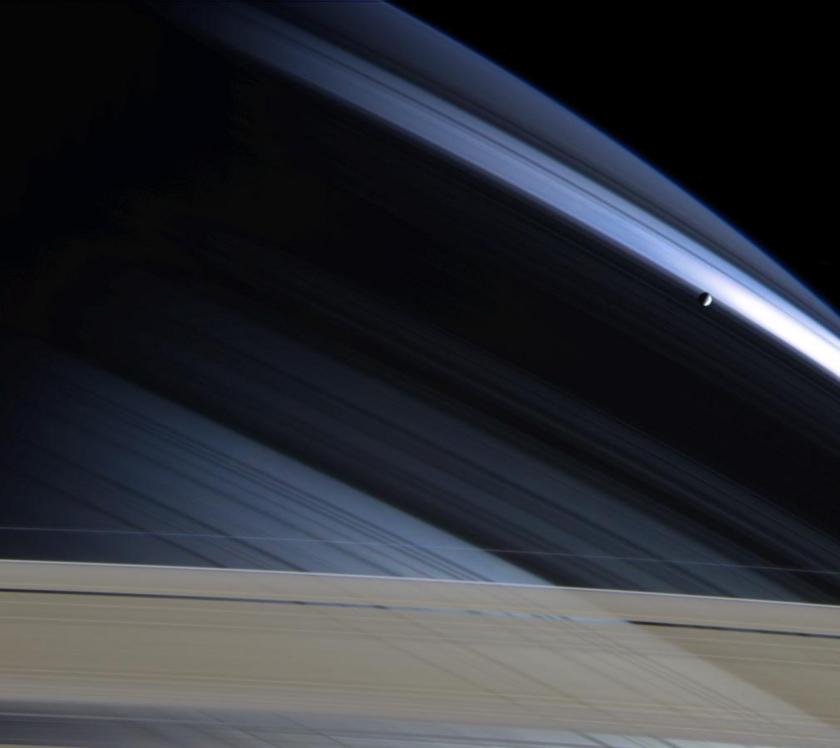 Saturn's gossamer-thin rings paint with light and shadow across the canvas of Saturn's upper atmosphere in a stunning true-color image captured by the Cassini spacecraft on 7 November 2004. The icy moon at right center is Mimas.