Kaguya launch postponed one day due to weather

In the meantime, here's a website with lots of photos of the spacecraft being prepared for launch. There's not a lot of caption information, but I am guessing that the first one shows the spacecraft being mated to its upper stage rocket, and the second one shows it enclosed inside the protective aerodynamic fairing, ready to be mated to the lower stages of the H-IIA launch vehicle. 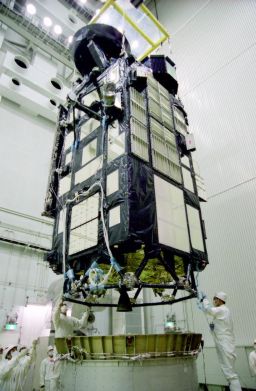