The other day I posted a global view of Titan featuring new territory near the north pole. Now the imaging team has released a much higher resolution version of this view, a mosaic composed of 29 separate frames. There are tons of curious details in this image, which shows a face of Titan that we haven't seen much of before: the trailing hemisphere, which faces the rear as Titan travels around Saturn in its orbit. 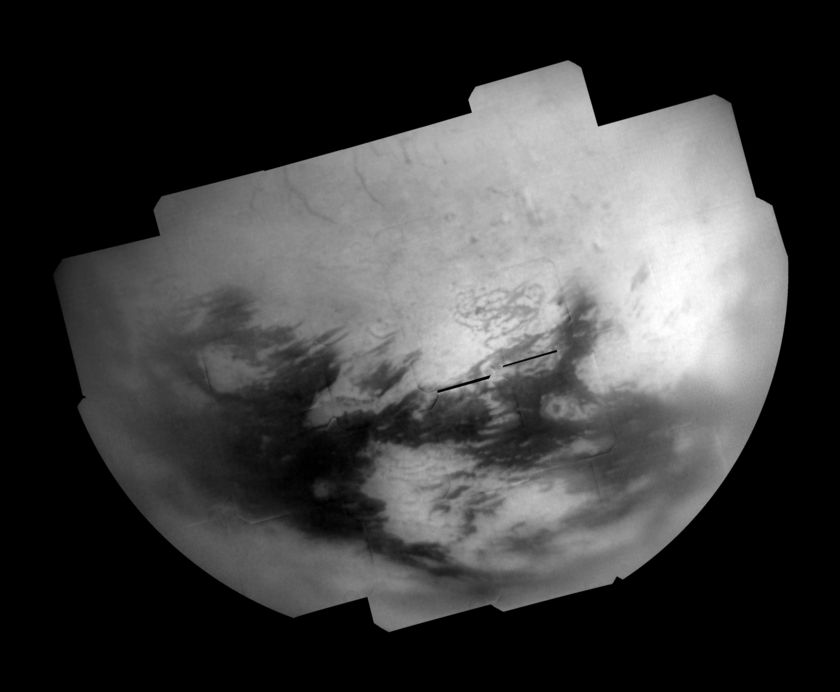 This mosaic, captured on April 11, 2007 during Cassini's T28 flyby, features Titan's trailing hemisphere, an area that has not previously been imaged at such high resolution. As with other views of Titan, there are large dark regions (the one to the left of center is called "Belet") and large bright regions (the one to the right of center is called "Adiri") as well as circular features that might be craters or might be volcanic structures. However, there are also many linear dark features in the northern part of this mosaic that are unlike anything seen elsewhere on Titan.

At first glance, this view looks pretty similar to Cassini's early global views of Titan, which all showed the opposite hemisphere. In the view above, the dark region called Belet looks pretty similar to the dark region of Shangri-La below, and the bright Adiri is a smaller version of the bright Xanadu below. Belet, above, even has its own little bright island that looks like Great Britain, like the one in Shangri-La (this "Great Britain" feature is now named Shikoku Facula). 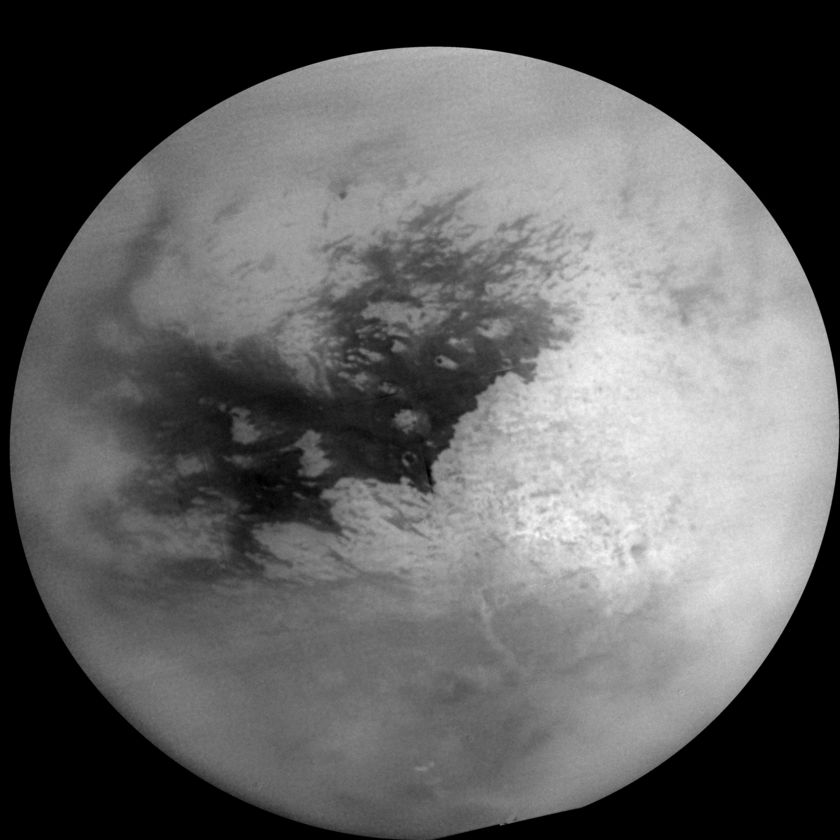 This view of Titan features the large, bright area known as Xanadu, on Titan's leading hemisphere (the side of the moon that faces forward in its path around Saturn), and the dark area known as Shangri-La to its west. The mosaic is composed of 16 images captured on Cassini's approach to the "T3" flyby on February 15, 2005.

Here are just two of the very strange looking areas within the T28 mosaic. The first one reminds me of a bowl of noodles: 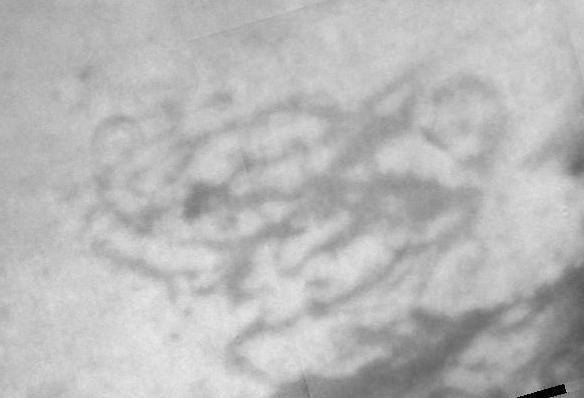 The second one shows what looks like just the tips of several pretty straight dark features that march off the top of the frame toward the north pole: 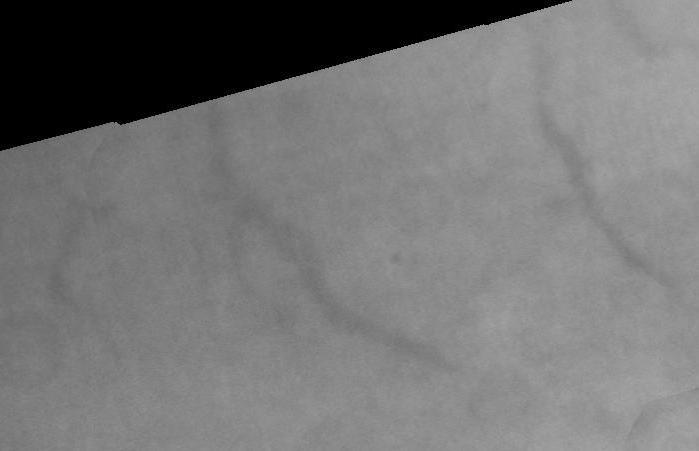 This view covers an area in Titan's high northern latitudes about 1,000 kilometers wide by 700 kilometers tall. What these linear dark features are is not yet known.

They're not as straight as the "tiger stripes" (now more formally known as "sulci") on Enceladus' south pole, but the resemblance in form and location is curious.

What's next for these images? It'll be really interesting to see how these features in Cassini's camera images match up to features seen by RADAR. I'm sure there will be more to come on that. In the meantime, we just get to look at these blurry images of dark stuff and light stuff and scratch our heads.