Most of the time, when you see a montage of images of solar system bodies, the montage is depicting numerous different worlds. For the montage below, though, what you're looking at is fifteen different Cassini views of the same world, a cratered ball of ice called Tethys. At just over 1,000 kilometers in diameter, Tethys is Saturn's fifth largest moon. 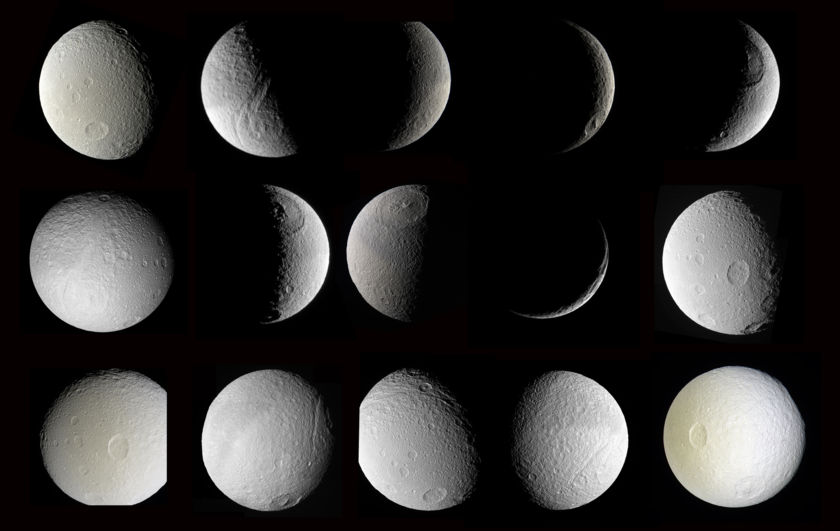 With all those craters, evidence suggests that not much has happened on Tethys for billions of years. But that curvy canyon of Ithaca Chasma, which can be seen to cross several of the global views above, hints that something interesting happened to the moon deep in its history, some geologic convulsion. On large worlds, like Earth and Venus, geologic activity produces lots of mountain belts all over the planet, which may have formed at different times and under different conditions. But on small worlds, like Tethys and Enceladus, geologic forces seem to have produced one gigantic feature that dominates the little world: Ithaca Chasma for Tethys, the hot geysers of the south polar terrain for Enceladus. It makes me wonder what kind of world Dawn is going to find at Ceres, which is just slightly smaller than Tethys.