This is a cool picture that was released a couple of weeks ago by Cassini's camera team: 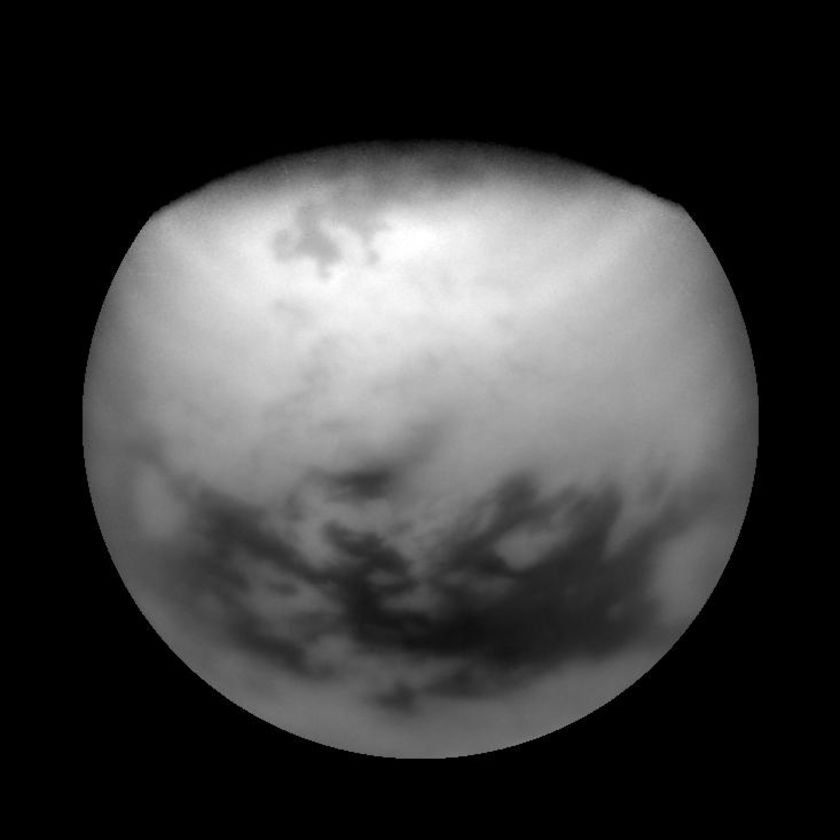 Special processing has revealed patterns in twilit near-polar terrain in this view of Titan from March 29, 2007, as Cassini was approaching for the T27 flyby.

To create this view, the imaging team ratioed two images taken through different filters. What does "ratio" mean? Any digital image that you look at is basically a matrix of numbers. In the black-and-white image you're looking at on your screen, each pixel has a value of 0 to 255, where 0 is black, 255 is white, and gray values are in between. To divide one image by another, you are simply dividing the value of a pixel in one image by the value of the corresponding pixel in the other image. This division process will give you output numbers that are probably not in the range of 0 to 255, so the pixel values in the output image have to be rescaled to fit into that 0-to-255 range.

What does ratioing do for you? If you ratio two images taken at the same time through different-colored filters, the major thing it does is to cancel out brightness-and-darkness variations in an image that result from different lighting conditions, leaving behind brightness-and-darkness variations that result from materials having different colors. In this case, one of the two images was taken in a methane absorption band (which mostly reveals details in the lower atmosphere and stratosphere of Titan), and the other was taken in a "methane window," a wavelength at which methane gas is relatively transparent (which reveals much more surface detail, though it's still blurred by atmospheric effects). Here are the two original images: 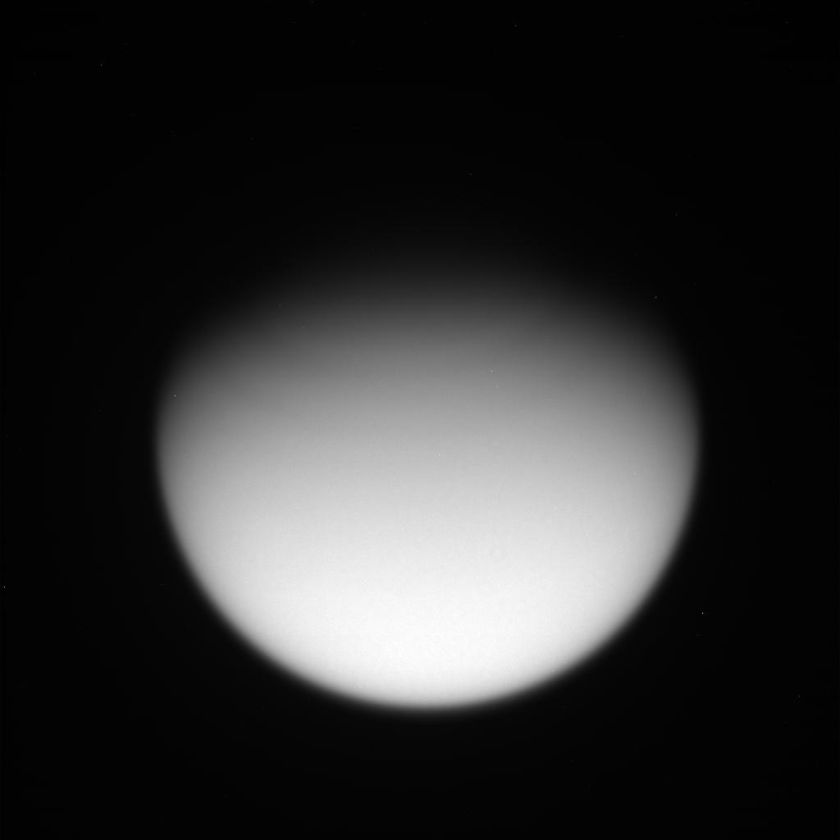 Global view of Titan through the MT1 filter

This image of Titan was captured by Cassini on March 29, 2007 through a filter, "MT1," that is sensitive to the distribution of methane throughout Titan's lower atmosphere and stratosphere. At this wavelength, no surface features are visible. There is visible banding in the stratosphere encircling the north pole (toward the top of the image). 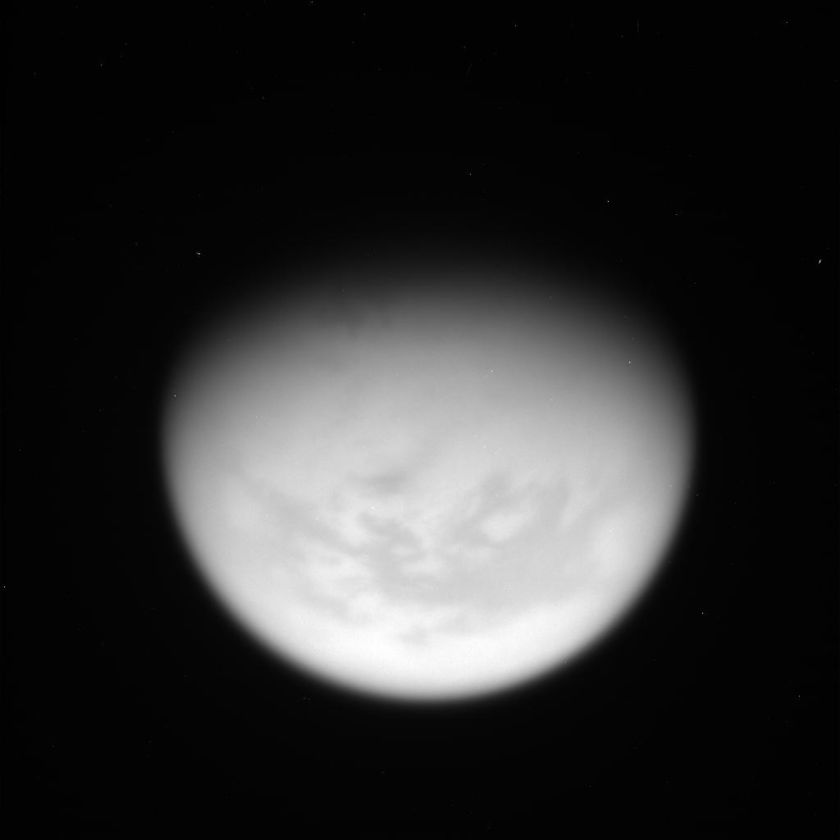 Global view of Titan through the CB3 filter

This view of Titan was taken by Cassini on March 29, 2007 through a filter, "CB3," that sees a wavelength of light at which methane is relatively transparent. The cameras can see through Titan's thick atmosphere to the dark-and-light patterns on the surface. Very faintly visible near the terminator (day-night boundary) at the top of the image are a few dark features that may be hydrocarbon lakes.

Compare those two images to the larger one I posted above. Notice something about how large a quantity of Titan's globe we're seeing? Dividing the surface-feature image by the atmosphere-feature image cancels out the dim lighting near Titan's terminator (day-night boundary), so we can see brightness variations along the terminator just as clearly as we can see the brighter-lit stuff at more southern latitudes. In fact, the processed image shows a lot of surface features beyond the terminator, in north polar winter regions of Titan where the Sun isn't even above the horizon! Titan's atmosphere is so tall, and scatters so much sunlight, that the northern polar regions visible here are well enough lit by indirect, scattered light to reveal some lumpy dark features near Titan's north pole that are very likely methane- and ethane-filled lakes, the same as those revealed in the RADAR images of the north polar regions.

Speaking of RADAR, Cassini has recently completed three flybys of Titan in quick succession -- on April 10, April 26, and May 12 -- that all included RADAR passes. I expect that this flood of data has kept the RADAR team really busy -- hopefully soon they will get their heads far enough above water to release some of the new data!