OK, I had planned to confine my posts this week to Rosetta and New Horizons, but I could not let these images sit on my computer until next week. The Cassini imaging team has assembled and released two of the full-ring-system portraits that the spacecraft started gathering in January, including the one that Ian Regan worked on last month. They are absolutely stunning. 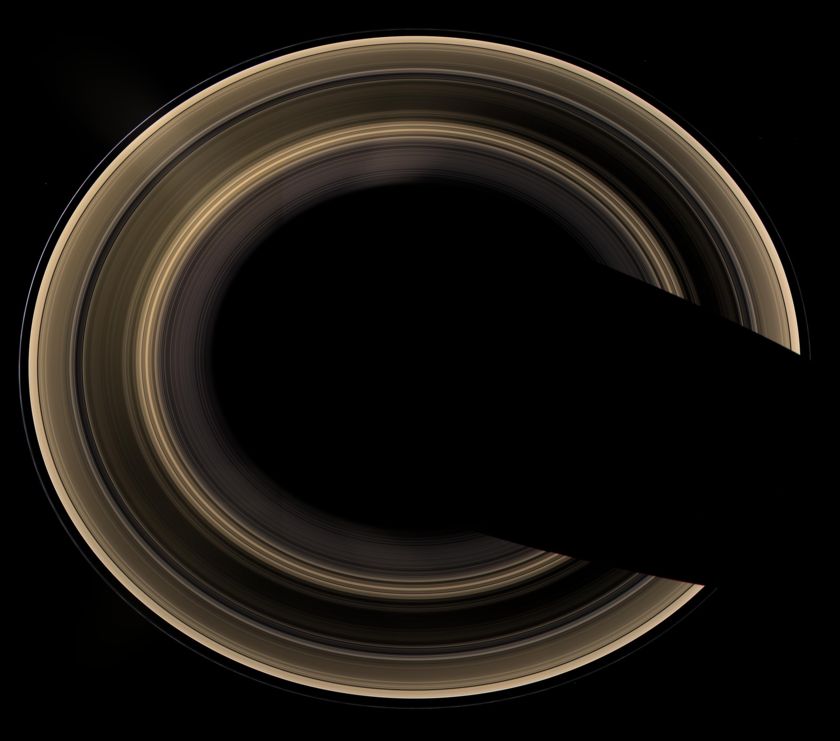 Cassini captured the images composing this view of Saturn's entire main ring system on January 21, 2007 while on an orbit that took it 60 degrees above the plane of the rings. Cassini looks upon Saturn from its winter-shadowed north pole. In order to reveal subtle details on the shadowed side of the rings, the camera's view of the planet itself was overexposed, so the planet has been removed from this view. Moons visible in this image are Epimetheus at the 1 o'clock position, Pandora at the 5 o'clock position, and Janus at the 10 o'clock position. 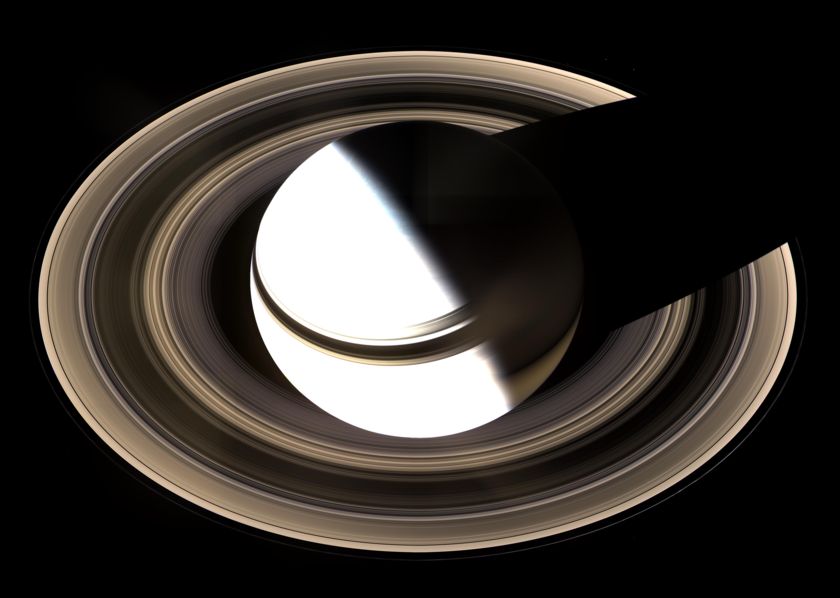 This view of Saturn nestled among its rings was taken on January 19, 2007 from an elevation of 40 degrees above the ring plane, on the shadowed side of the rings. In order to bring out subtle details in the ring system, relatively long exposures were required, and consequently the sunlit half of Saturn is saturated. However, details of the cloud systems in Saturn's northern hemisphere are visible along the terminator (day-night boundary). A total of 36 images were required to make up this view. Three moons are visible on the upper right: Prometheus, Pandora, and Janus.