A dorsum (plural: dorsa) is a ridge.

A fossa (plural: fossae) is a long, narrow depression.

A sulcus (plural: sulci) is a set of subparallel furrows and ridges.

These and other definitions of planetary geomorphology terms can be found at the Gazetteer of Planetary Nomenclature.

Among the newly named features are Enceladus "tiger stripes," the south polar water-vapor-spewing grooves. Here's a map with the new names: 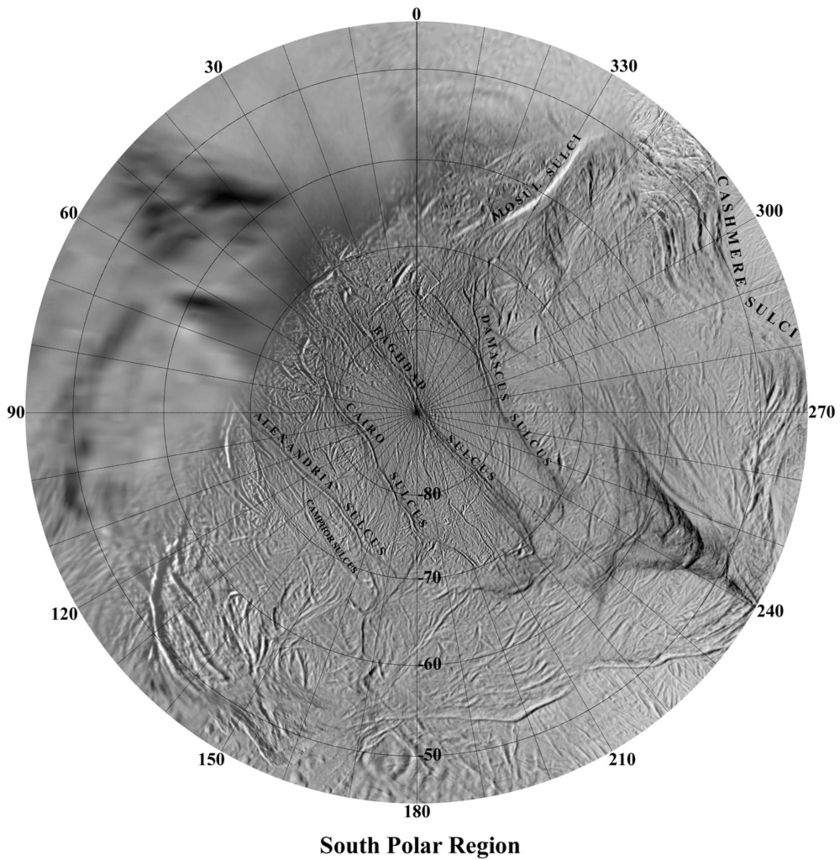 On November 14, 2006, Enceladus received new names for many of its surface features. The four large "tiger stripes," more formally known as sulci, have received the names Alexandria, Cairo, Baghdad, and Damascus, following the convention that features on Enceladus are named for people and places from Richard Burton's 1900 version of the Arabian Nights.

Jason Perry helpfully posted a map put together by Steve Albers with all of Enceladus' feature names; you can download that here (it's 6 MB).

I think it's interesting that the four large tiger stripes are named Alexandria, Cairo, Baghdad, and Damascus...it's really helpful mnemonically for these four prominent features to have names starting with A, B, C, and D—but they're not in that order! It's A, C, B, D instead. That's odd.