Cassini is wrapping up another Titan flyby

This one is "T-11," the twelfth Titan flyby; I prefer to keep track of which orbit Cassini is on, because that gives you one numbering system for all of Cassini's flybys, so that would make this the Rev 21 Titan flyby (which the navigators abbreviate to "21TI"). The closest approach happened several hours ago, at 09:33 UTC. They're doing some global imaging on this flyby, but most of it is devoted to radio science: they're pointing the big radio dish at Earth and performing Doppler tracking as the spacecraft flies past Titan to gather data on the gravity field around Titan. After they've got a few of these passes under their belts they may be able to draw some pretty specific conclusions about the interior of Titan -- where there's ice, where there's rock, how it's layered.

There are already some lovely images from this flyby on the ground, showing some parts of Titan that I don't think have been imaged at this nice a resolution before -- but that could be because I am way behind on all of the terrific things that Cassini has been doing lately. Anyway, here's a sample image: 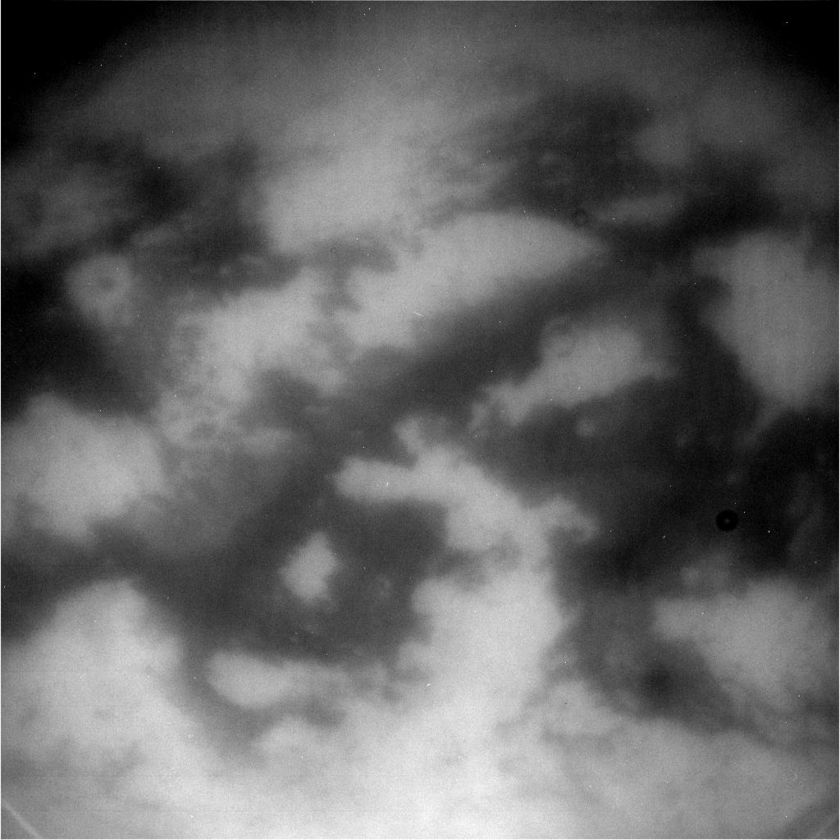 I like this picture particularly because I can orient myself to it by picking out the dark circle and bright splotch of Sinlap and Bazaruto Facula near the upper left, one of the few landmarks on Titan that has been pretty securely identified by nearly everyone who's looked at the radar images as an impact crater. With most of Titan's dark and light splotchy terrain it is really difficult to figure out what the heck you're looking at. But Sinlap/Bazaruto has just got to be an impact crater -- it's one tiny bit of certainty embedded in a whole lot of confusion. Here's a map to show you where Sinlap/Bazaruto is, if you're having trouble picking it out (it's on the right side of this map): 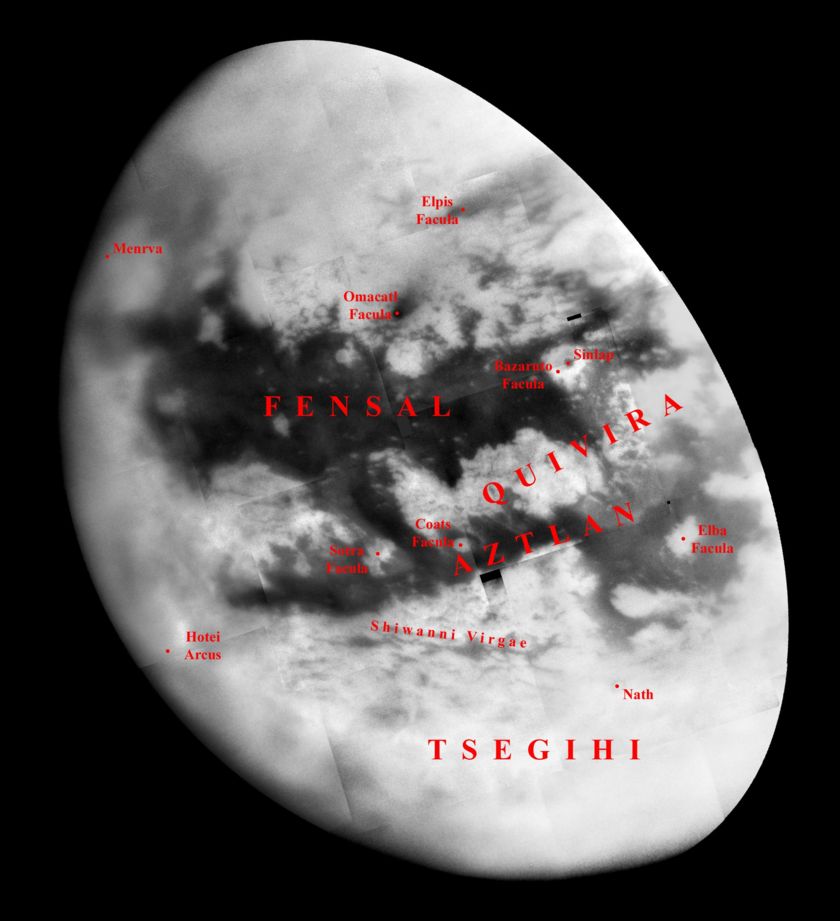 Cassini's images of Titan have finally revealed sharp enough detail on the surface of the moon to permit places on its surface to be named. For information on the sources of Titan's place names, visit the Gazetteer of Planetary Nomenclature.

And here's more info about how they know Bazaruto/Sinlap is a crater.