Many, many views of Saturn's moons

Another thing I've been trying to catch up on is the daily imaging activities of Cassini, but that, too, has been tough because Cassini has been taking so dang many pictures! I'm nearly three weeks behind. Many of the pictures look like this, tiny crescents of moons that are almost lost in the middle of the imaging frame: 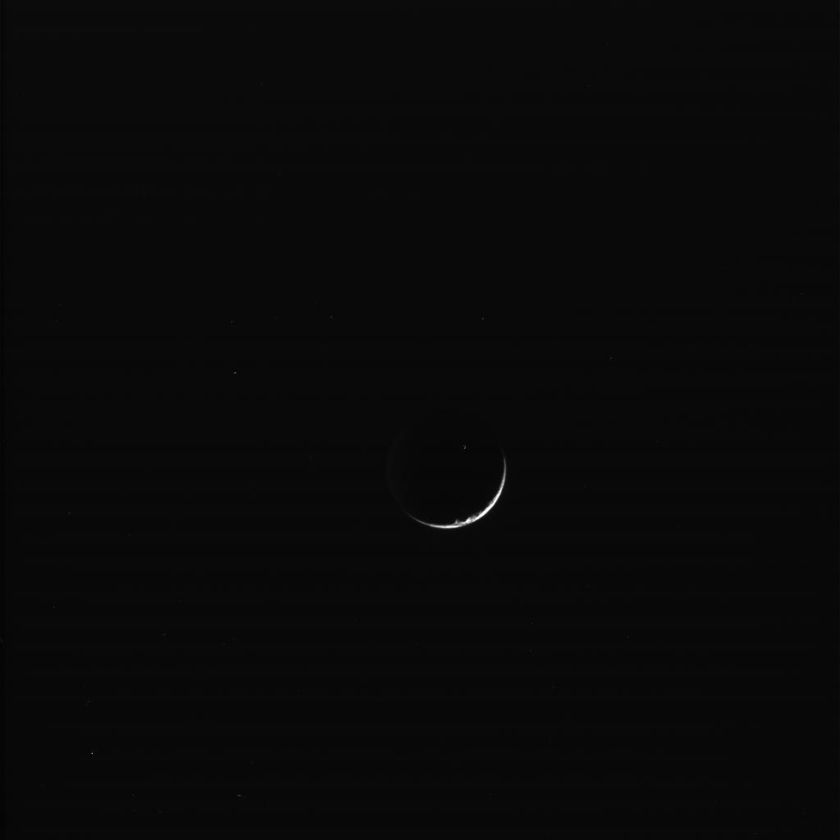 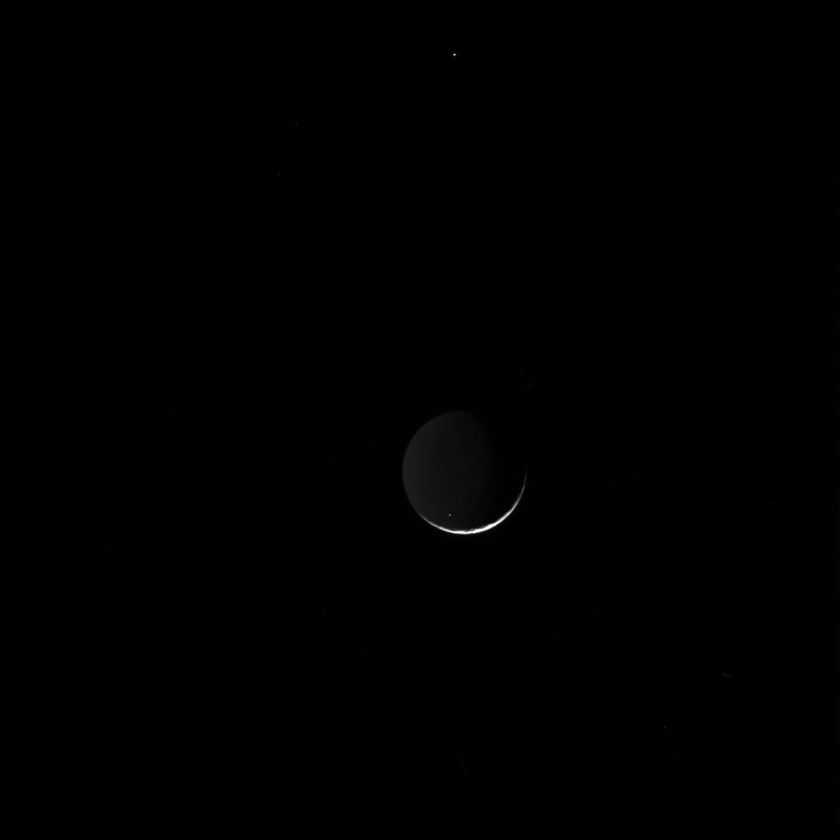 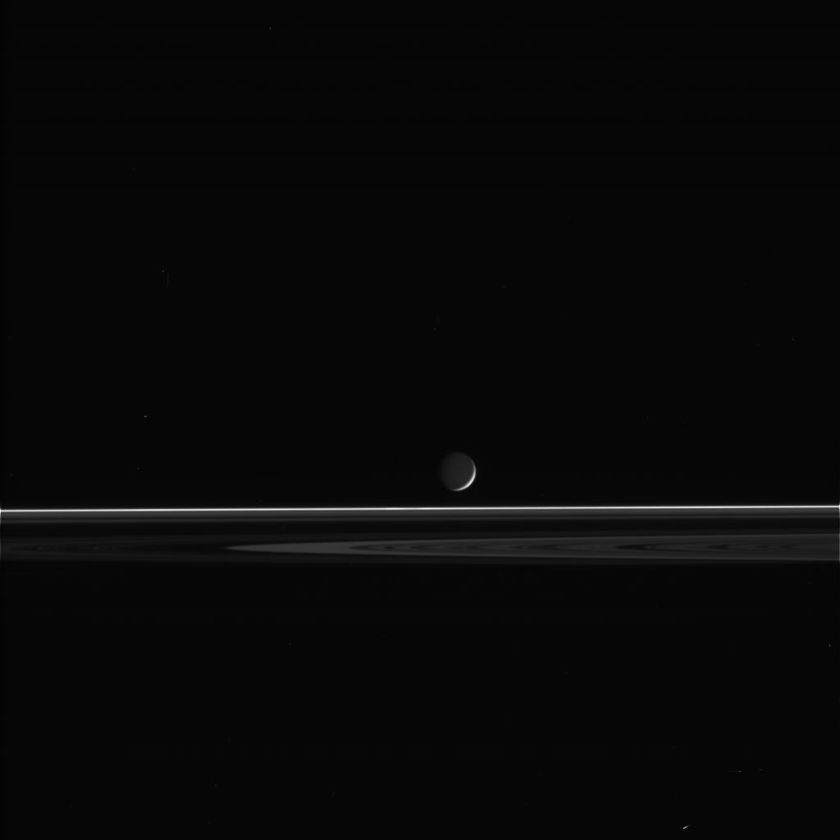 You might wonder what the point is of such images, especially considering that they tend to take around 16 or so of each moon through many filters. The moons are so small in the image that they don't really contribute anything to maps of the surfaces. You would think that Cassini already had plenty of better images of the moons -- heck, Voyager returned better images of most of these moons.

What's going on is that these images have very little to do with creating maps of the surfaces of the moons. Instead, what the Cassini team is trying to do is to understand how the surface of each body reflects light differently, depending on the direction from which you look at it, and/or which direction the Sun is coming from. It turns out that there's actually a lot of variation in the color of an icy surface depending on whether you're seeing it with the Sun overhead, or with the Sun coming in from a glancing angle. This kind of study of color variation with illumination direction is called "spectrophotometry" by the mission team.

The angle between the Sun, the surface, and Cassini is called the "phase angle" and it varies from 0 to 180 degrees. Earlier in the mission, Cassini's orbit swung it out to one side of Saturn (as seen from the Sun), so it was spending most of its time studying the surfaces of these moons from medium phase angles of between 60 and 90 degrees. From that point of view, the moons looked like they were gibbous (mostly lit) to half-moon shaped. Now, though, Cassini's orbit is being swung around to the back side of Saturn. The phase angles are getting much higher, to 110, 130, even 150 degrees. It's a new opportunity for Cassini to study how the color of the light appears from high angles, so they're taking tons and tons of photos of the moons.

And here's an example of why they need to do this sort of study. They released this image of Telesto the other day: 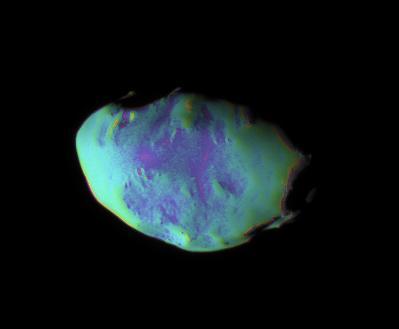 This view of Telesto captured during Cassini's Rev 19 combines data captured through infrared, green, and ultraviolet filters to create a map of variation across the surface of the tiny moon (it is only 24 kilometers or 15 miles wide). The color variations could represent differences in composition, differences in grain size, or a combination of the two.

According to the information they released with the image, the source of the color variations is just not known. Could it be composition variation -- different minerals or impurities being present in the icy soil from one place to the next? Or could it be grain size variation? And the surface of the moon is presenting lots of different angles to Cassini's cameras -- how does the illumination direction change the color? The official information says they don't know. I suspect that they have a couple of hypotheses, but there could be more than one hypothesis that could explain it and they just don't have enough information to say with confidence why the surface of Telesto has different colors. But one of the first things they will do to try to solve the puzzle is to gather tons of data on how Telesto's color changes from different points of view. They can create a mathematical model from that information (it's the perfect job for a graduate student), and then use that model to subtract out the effects of illumination direction from their photos of the moon. Any color variations that remain after that subtraction are likely telling them something about what the surface of Telesto is made of. It's a study that will take them a long time, and that they'll have to perform separately for each of the 22 moons of Saturn that are within reach of Cassini's cameras.