I monitor the Cassini website to keep my eye out for cool pictures, and it's usually relatively easy to figure out what the spacecraft is looking at (rings, moon, Saturn, whatever). Sometimes, though, the images can be very confusing. Fortunately I have a friend who's a Cassini mission planner, Dave Seal at JPL, and he frequently sends me a heads up about cool raw pictures, particularly ones that are displaying phenomena that make you think.

Here's one recent one, captured on July 15: 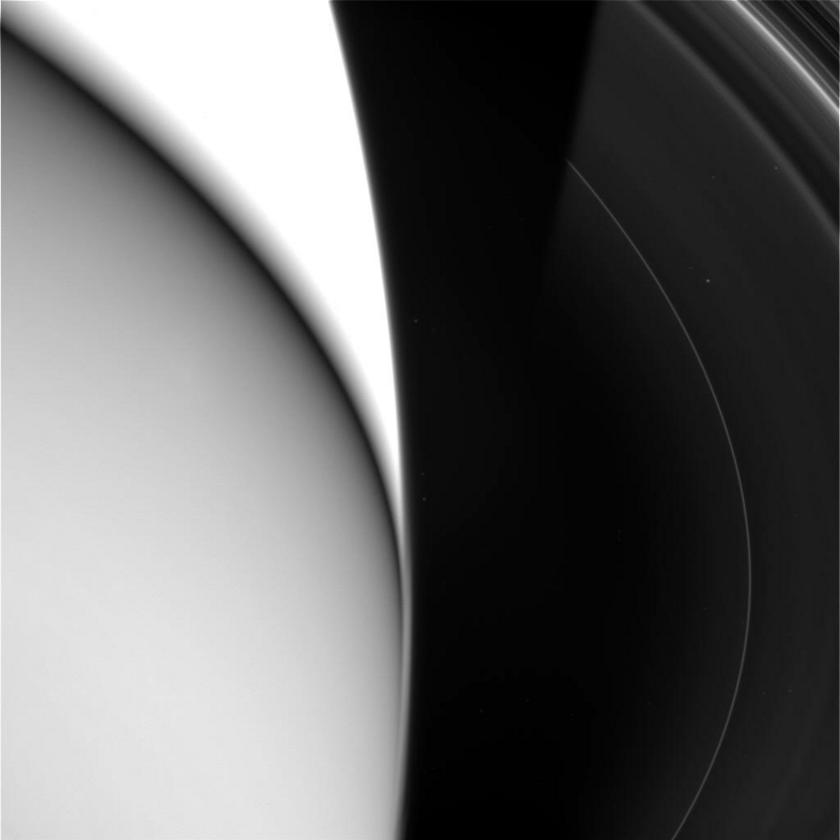 Here's what Dave told me about the geometry of this picture: "This is actually looking at the dark [night] side (from below), long exposure. The thin dark band is the only true night-time on the planet, as everything else sees some part of the lit rings. Anywhere on the anti-sun hemisphere you stand (or "float"), you are going to see some part of the lit rings, since only a small portion (one planet width) of the rings is in shadow. Only at the pole in shadow and at the equator (rings are edge-on, rather dark) will the night sky be truly dark. Must be quite a view." Did you get that? The great globe we see in that image is the night side of Saturn. Imagine a night sky lit by ringlight. Tremendous.

Here's another cool one, from July 16: 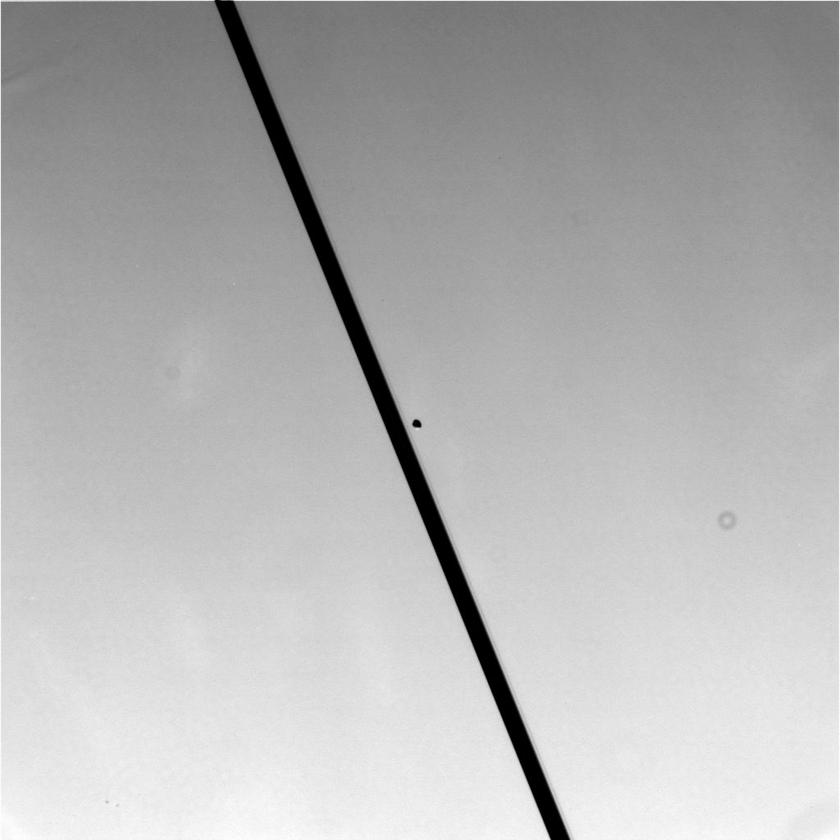 We are looking at the F ring shepherd Pandora right around the time that Cassini crossed the ring plane, so the rings are seen nearly edge-on. This one is "a thinker," as Dave put it. How come we see Saturn bright but the rings dark and Pandora looking dark? How can the same Sun appear to illuminate bodies in the same location differently? Think about it -- I'll explain tomorrow.

Finally, I thought I'd mention that Cassini, too, will be taking a holiday from talking to Earth (though not from taking data). Saturn is about to go into conjunction, which means that Cassini will be on the far side of the Sun as seen from Earth. It is tremendously difficult for the Deep Space Network radio dishes to discern spacecraft signals from the Sun's radio noise when spacecraft are so close to the Sun in the sky, so Cassini must go quiet for a couple of days. Here's the information I have from Dave on how the spacecraft communications will be affected by the conjunction:

You might wonder why there would be DSN passes when no playback is permitted from the spacecraft and no commands may be sent from the spacecraft. Engineering data -- information on spacecraft health -- will still be transmitted during that time. Also, Cassini can send a carrier signal to Earth, and just as with the ring occultation experiments, the characteristics of the radio signal seen on Earth can be used to probe the structure of the corona of the Sun.

So between the 21st and the 26th there are not going to be any new Cassini pics on Earth. Of course, the spacecraft at Saturn is unaffected by the geometric alignment of Saturn, the Sun, and Earth, and will be taking data right on through this period, and we should see those stream on down after conjunction is over.