A couple of pics from Cassini at periapsis

Cassini's been in orbit around Saturn for almost exactly a year now, and the mission seems pretty much to have dropped off of the public radar screen. But there's still three years to go on the primary mission, and lots left to do, and I for one am not at all bored.

Cassini is one of two active missions for which every image that is returned to Earth is almost immediately posted to the Internet. (The other one is the Mars Exploration Rover mission.) That means that if you've got a long attention span you can actually "ride along" with the mission, which I find terribly exciting.

So, if you have lost track of what Cassini is up to, the spacecraft has just passed through the periapsis (closest approach point) of its 11th complete orbit around Saturn (which is called "Rev 10" for complicated historical reasons). Periapses usually give Cassini a chance to see a couple of Saturn's many moons up close. This time, orbital dynamics brought Prometheus and Rhea within staring distance of Cassini: 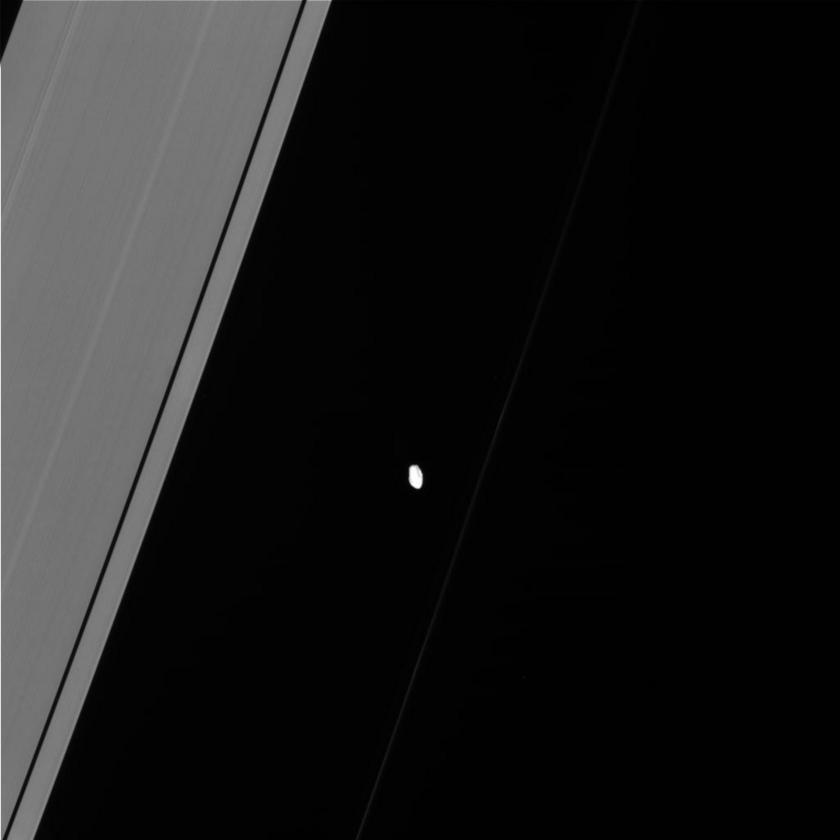 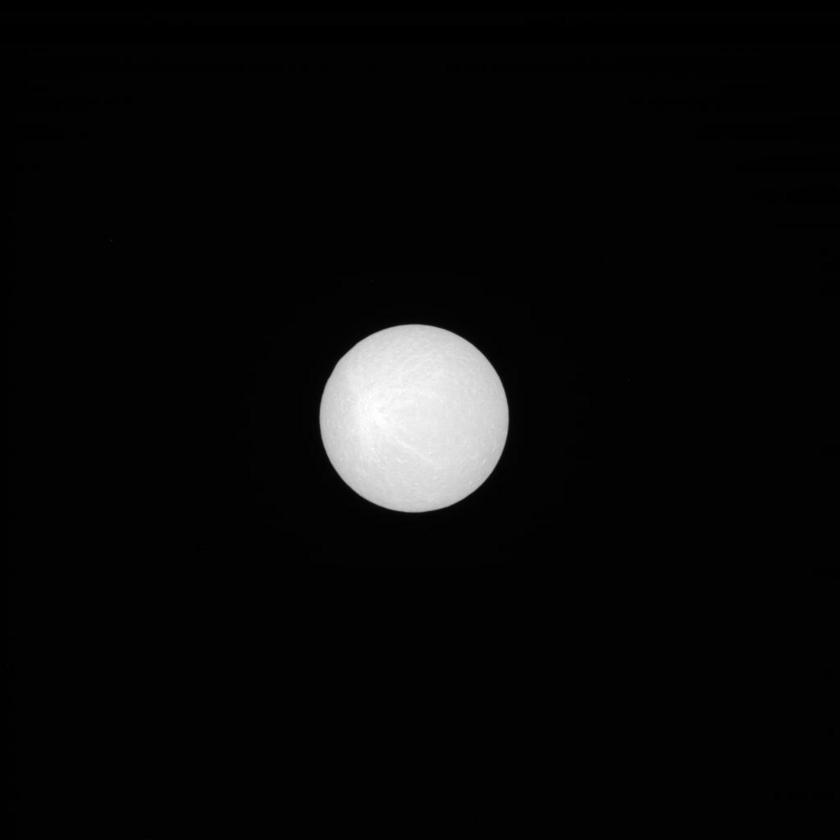 The Rhea image is particularly nice because it resolves the disk quite well at "low phase," i.e. the Sun was behind Cassini as the image was captured. Low-phase images allow highly detailed observations of the color (and hence the composition) of planetary surfaces. (High-phase images are better if you're looking for information on topography.)

Because there are so very many images from Cassini, it's really easy to lose track of where the spacecraft is and what it's doing. To keep that from happening to me I started making a note of what kinds of images Cassini was capturing, when, and I assembled those into a Web site called "Cassini, Day by Day," which I update once or twice a week. Hopefully it might be useful to a few people who want to figure out when there were close-up observations of moons, or when there were long sequences of images that could be assembled into mosaics or animations. If you're a person who likes to assemble mosaics or animations, email me with a link to your work!