These photos pretty much speak for themselves. They are amazing. 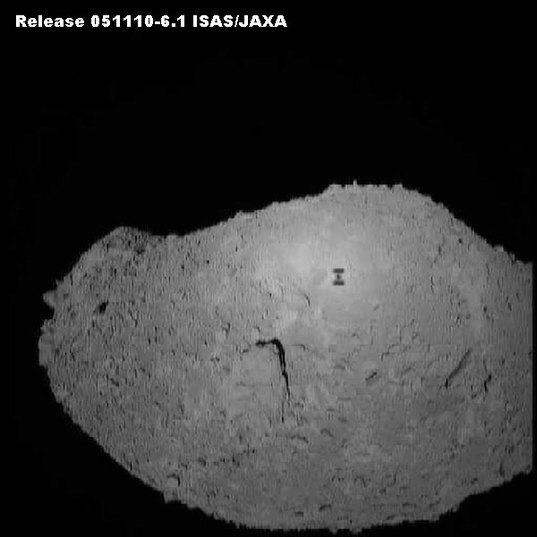 Hayabusa captured this photo of Itokawa as it passed between the Sun and the tiny asteroid on November 10, 2005. Hayabusa's shadow is visible on the surface of the asteroid -- a tiny spacecraft causing a tiny solar eclipse on a tiny object. 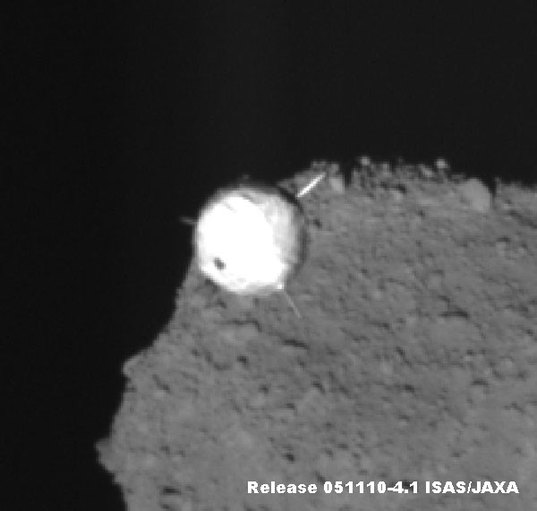 This is a photo of the target marker released by Hayabusa toward the "Muses Sea" site sampling target on Itokawa on November 10, 2005.