A new Cassini data release to the Planetary Data System

Let me just begin this post by saying that I have been dancing around my office yesterday and today singing "I love data!" Which probably goes to show how much of a geek I am, but I'm not ashamed of that.

Anyway, yesterday, this quarter's release of Cassini data showed up at the Planetary Data System (PDS). The PDS is the public repository for all of NASA's data. Data doesn't show up there right away, for two reasons. One, scientists who actually put all the work into the missions to get them flown to their destinations usually get first crack at working on the data and publishing papers about it. But more importantly, before the data is delivered to the PDS it is validated and very carefully catalogued with all sorts of useful information about each data product, what they call "metadata" (or "data about data"). So, taking a Cassini image at random from the latest PDS release: 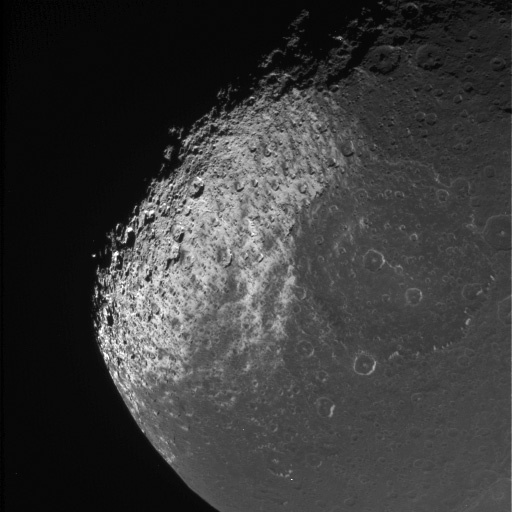 As it happens it's pretty obvious that this is an image of Iapetus. But what else does the PDS tell us about this picture?

It's a narrow-angle camera image captured through the IR3 and IR2 filters. This much you could have gotten from the JPL raw image website. But there's much, much more:

There's lots more but I won't go on. Suffice it to say that there is more information about the images than I know what to do with. And that's just the ISS images -- there is VIMS data there as well. I don't know how to work with the VIMS data yet but I will be trying to figure it out as soon as I can get to it!

Can I just say again how much I love the PDS? This data belongs to me now -- and to everyone else in the world. Together we sent a spacecraft to Saturn, and now we can reap the rewards -- the many Gigabytes of data that it has returned.