A piece of a new picture from Hayabusa

The Hayabusa mission has proven to be a bit of a tease -- they were releasing lots of images to the public as they approached asteroid Itokawa, but once they arrived, the image releases shut down entirely. There is finally a little postage stamp of an image captured by Hayabusa at "home position," only 7 kilometers from the asteroid, compared here to a picture taken from "gate position," 20 kilometers away: 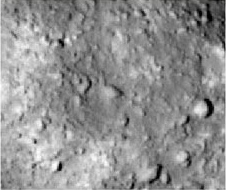 Captured from a distance of 7 kilometers. 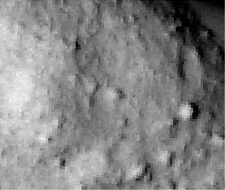 Captured from a distance of 20 kilometers.

I guess that what they were releasing before were what they considered "optical navigation" photos (images taken by the spacecraft in order to fine-tune its navigation to Itokawa). But now that they've gotten close enough to do science, the website says, "Hayabusa project has refrained from releasing high resolution images in order to retain the scientific output built inside the science team." There's more information on the JAXA website.