The President's budget request for NASA (released on 11 March) defies easy characterization. It includes many welcome proposals: $109 million for a new Mars Sample Return mission, an accelerated launch timeline for Europa Clipper, and funding increases for future human deep-space efforts, to name a few. Yet it also includes a frustrating litany of cuts previously and resoundingly rejected by Congress, attempting again to kill the WFIRST space telescope, multiple Earth Science missions, and the entirety of NASA's Education/STEM outreach division.

NASA's budget during the Trump Administration. The vertical axis displays both NASA's total congressional appropriation in billions of dollars and the amount requested by the President. The horizontal axis is fiscal years. NASA's full budget history dataset is available to view or to download as an Excel spreadsheet.

The budget request does contain significant increases for the Administration's lunar initiative, primarily for the Lunar Gateway project, which would grow from $450 million to $820 million. The Administration proposes additional increases for technology development related to lunar exploration and deep space habitability, though success in these efforts will depend on maintaining growth and controlling program costs in subsequent years.

Despite these positives, the FY 2020 budget request proposes a $481 million (2.2%) cut to the space agency compared to the FY 2019 budget enacted by Congress just last month. We don't yet know all the details;  only the top-line program amounts have been outlined, with more a detailed proposal scheduled for release on 18 March. But a cut is a cut. This would be an inauspicious start for NASA in the first year of a new decade.

Here's a summary of what we know so far:

All values are in millions of dollars. *Includes the supplemental FY 2020 budget request released in May 2019.

I am most excited for the promised start of a Mars Sample Return (MSR) mission. It is not yet clear whether this proposal represents the coveted “new start” for a program or just additional pre-formulation funding, but NASA is planning to ramp up spending on MSR over the coming years, reaching at least $400M in 2023.

Mars Sample Return has enticed the scientific community for decades, though it has always remained just out of reach. Success will require a series of technically demanding missions. In sum it represents the most difficult and exciting effort ever attempted on the Red Planet.

And it's finally about to happen. 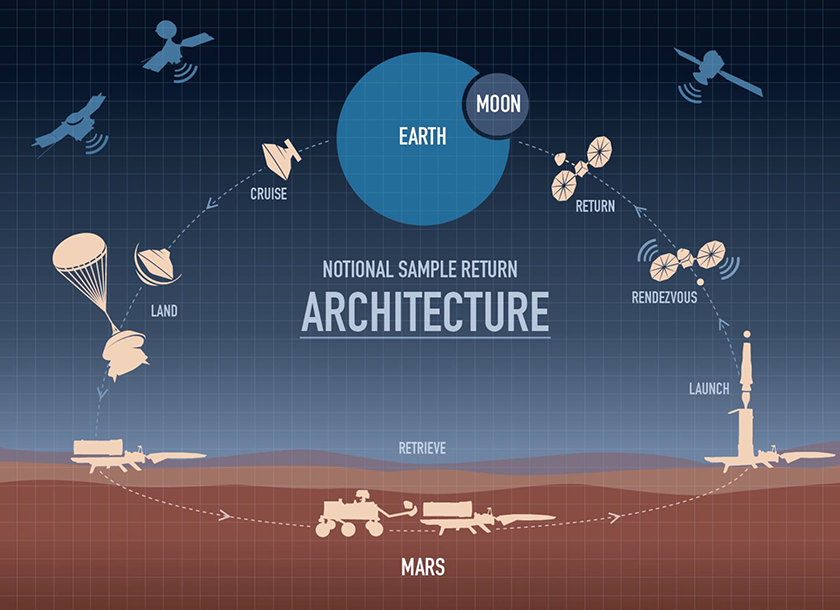 The Mars 2020 rover will take the first step by caching a carefully selected and well-documented set samples on the surface. The next mission will be to retrieve these samples from Jezero crater and launch them into Mars orbit. The Administration proposes $109 million for FY2020 to develop this sample-retrieval mission

A third mission would rendezvous with the orbiting samples and return them to Earth. ESA is considering a major contribution to that third spacecraft, with a decision due later this year.

The Administration also proposes to accelerate the development of Europa Clipper toward a launch in 2023 as opposed to the late 2020s. NASA had previously resisted efforts by former Congressman John Culberson to commit to such an aggressive development schedule because of the financial commitment required to be ready so quickly. In this budget NASA appears to have accepted the timeline in exchange for launching Europa Clipper on a commercial rocket instead of an unproven Space Launch System vehicle. NASA claims the switch to a commercial rocket would save as much as $700 million, even though it would add a few years to the journey. A less generous interpretation is that NASA is worried about SLS being available to launch Europa Clipper. Eric Berger at ArsTechnica has an excellent summary of the implications of the FY 2020 budget for the SLS, which has experienced ongoing delays and must serve first the needs of the human spaceflight program. 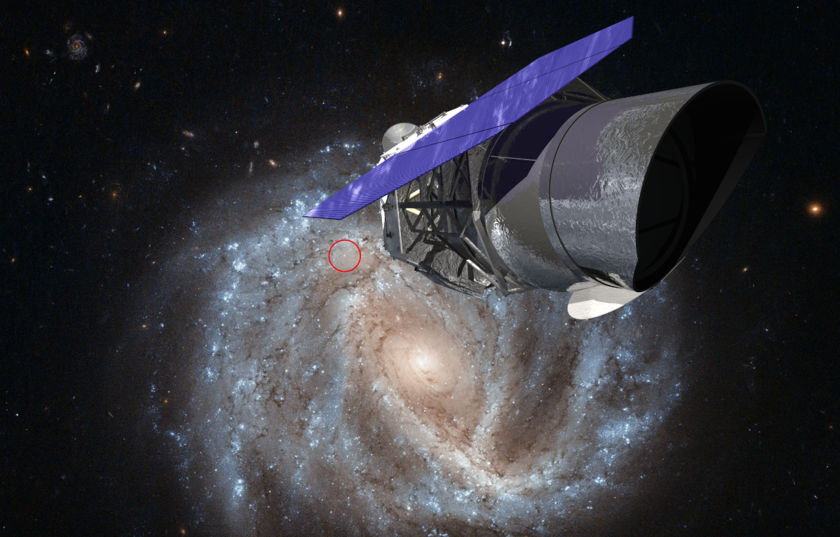 The FY 2020 budget proposal tries a second time to make several cuts that Congress previously rejected out of hand. Most relevant to The Planetary Society is the Wide-Field Infrared Survey Telescope (WFIRST), which received $312 million from Congress in 2019. WFIRST has strong supporters, including Senate Minority Leader Chuck Schumer (D-NY) whose state received a sizeable NASA contract to work on the space telescope. The Planetary Society supports this mission, which is the top decadal recommendation and has potential to provide new insights into exoplanetary research.

The administration also repeated its proposal to completely defund NASA's Education/STEM outreach division, which includes the very popular Space Grant program. Space Grant provides small funding opportunities to students and educators in all 50 states and additional U.S. territories. Attempting to defund Space Grant is quixotic. If there's anything close to a sure bet left in politics, it's the continuation of this popular program.

These proposed cuts are frustrating, though I do believe Congress is likely to push back. The Planetary Society considers it particularly important that the U.S. continue to increase NASA's budget to enable initiatives in human spaceflight; progress toward Mars Sample Return; and retain strong science funding for Earth science, astrophysics, and educational outreach. That's all possible. Congress has increased NASA's budget by an average of 4% per year since 2014. The Planetary Society urges an increase of  5% for 2020. That would represent a strong start for the coming decade, a decade that holds the potential for breathtaking exploration and discovery.

These are the highlights. More information will be coming out next week from the Administration, and we'll respond with analysis. Visit our new NASA FY 2020 budget page to follow all of our coverage, analysis, and details for this budget.

At first glance the White House's proposed FY2020 budget does look 'bad' as its a cut to FY19, however the proposal is a billion dollars MORE then they proposed for FY19, and is actually the same amount that NASA received in FY18. Considering Congress typically gives NASA more then the White House asks, worst case is likely to see NASA's FY2020 budget be the same or slightly higher then this years. Of course it would be good to encourage our Congress Critters to fill that gap a bit but I don't think its time to panic yet.

It's good to see the Webb is getting more money. Maybe they'll finally launch the damn thing on (delayed) time. March 2021, right? Hopefully, our new president won't cancel it out of spite like Nixon did the moon landing...

Let us hope that SLS is in fact available for Europa Clipper, regardless of when the latter is scheduled, and that Congress and/or a future president and/or NASA accordingly presses to use it. Horrible (especially for old folks) to have to wait several extra years of cruising, after launch, to see the results of this exciting mission, especially if SLS then becomes available just a year or so after launch!

Casey always try to set up a page with previous budget and a letter to the U.S. Congress and U.S. President, for support of space exploration. Thank you Mat for reporting the space advocacy more than monthly as needed and Bill for stepping up for the Canadian People. Bill if you would do so for other space exploration alley countries and visit their leaders annual? N.A.S.A. Global would be a joint space exploration of alley countries dedicate to scientific and defense in space in theory. Once again thank you Casey for the budget graphics and explaining the key important of each area within N.A.S.A.

Casey, this was very informative - thanks! I particularly like your graph and table, speaking as an engineer :) It would also be interesting if you could extend the x-axis on the graph to compare how other WH requests has fared in the past. Also, doesn't the House request differ from the Senate request, and the final budget is a compromise of all three? Adding those lines to the graph would also be good information! Maybe there is some correlation to opposing parties in the congress vs WH or single party power vs divided? Not to get political, but... I guess it does come down to politics! Keep up the good work!