A Report from the First Hearing on the 2015 NASA Budget

The House Space Subcommittee Gets First Crack at the President's Budget

The hearing, held by the House of Representative's Subcommittee on Space (which authorizes spending caps and general NASA policy but not the year-to-year budget), had a few testy moments between members on the committee and Administrator Bolden, particularly in regard to the Commercial Crew program and access to the ISS. 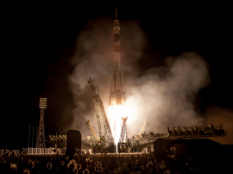 "Budgets are about choices. This committee chose to rely on the Russians," said Bolden in response to a question from the subcommittee Chairman Stephen Palazzo (R-MS).

Concern about how the political crisis in Crimea could spill over to space station access was a consistent topic among the committee. NASA has relied on the Russian Soyuz spacecraft to deliver astronauts to the space station since the retirement of the Shuttle in 2011. The Obama Administration's preferred replacement, commercial transport services developed by private companies like SpaceX and Boeing, has been underfunded by Congress since its inception. NASA is targeting 2017 for the first launches of astronauts on commercial vehicles, more than two years after their original estimates had the program been funded fully.

When pressed on the issue of alternative access to space if Russia decides to prevent U.S. astronauts from using Soyuz, Bolden avoided saying that NASA is looking into contingency plans. "Our partner is not Russia. Our partners are Roscosmos," he said, emphasizing the separation from the current geopolitical standoff. He also reminded the subcommittee that the NASA-Roscosmos relationship has endured previous political crises, such as the Russian invasion of Georgia in 2008.

In truth, NASA has very few options if Russia takes any action denying U.S. astronauts from the space station. Though, as Bolden repeated pointed out, the Russians themselves would have much to lose themselves, and could probably not operate the space station without NASA support. 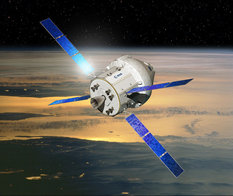 Other topics raised by members of the committee were the lower funding levels for the Space Launch System and Orion programs compared to the 2014 levels allocated by Congress. Bolden said that these lower funding levels were enough to keep the program on track, and that he didn't need extra money for either.

The Asteroid Redirect Mission faced near-universal criticism from both Republicans and Democrats on the subcommittee. Saying that the concept lacked a target, a timeline, and a budget, many members were unhappy with progress in these areas since NASA first announced the mission last year. Bolden did his best to counter these criticisms by saying that the ARM was crucial to developing the technology to send humans and equipment into to deep space, and was part of the stepping-stone approach to Mars.

Human spaceflight, as usual, tended to dominate the meeting. But space science was mentioned a few times by Lamar Smith (R-TX), the Chairman of the House Science Committee, and by Rep. Suzanne Bonamici (D-OR). Both raised questions about the continued cuts to the Planetary Science Division. Chairman Smith was particularly interested in the astrobiological detection possibilities of the JWST.

The cancellation of SOFIA was mentioned, and Bolden said that until the FY2015 budget is decided upon by Congress, SOFIA is in a state of flux. This is true, but unless actions are taken quickly, SOFIA may feel the cancellation soon. Paul Hertz, NASA's Astrophysics Division Director, stated at a recent NASA Advisory Council meeting that NASA might have to dip into its operating funds this year in order to mothball the aircraft by 2015, this could impact the planned observing plans for the remainder of this fiscal year.

Following up on questions at yesterday's full committee hearing with John Holdren, the President's Science Advisor, Rep. Bill Posey asked about the stability and availability of Plutonium-238 fuel. Bolden stated the Department of Energy is updating facilities, but there is enough Pu-238 for the Mars 2020 rover. The program generally seems on track to begin producing new Pu-238 by the end of the decade.

The Planetary Society submitted a statement for the record [pdf] regarding the planetary science program as outlined in the budget request.

"Concern about how the political crisis in Crimea could spill over to space station access was a consistent topic among the committee." This falls under the heading of poetic justice following the coming home of chickens to roost. Had Congress and the (Bush and Obama) Administrations not chosen to retire, or acceded to the retirement of, the space shuttle they would not be having such worries. Nor would they be having them if, having retired the shuttle, they had not been so parsimonious with the funding of alternatives to Russian Soyuzes. "Though, as Bolden repeated pointed out, the Russians themselves would have much to lose themselves, and could probably not operate the space station without NASA support." Given Putin's reported response to the G8 summits returning to the G7 sort, I rather suspect there would be a lot of shrugged shoulders and "c'est la vies", following which someone somewhere would doubtless ask this question: without Russian Soyuzes resupplying it, just how long would the ISS be able to maintain its current orbit before a lack of fuel, coupled with the effects of drag from the Earth's upper atmosphere, would bring it down to Earth again? "The Asteroid Redirect Mission…lacked a target, a timeline, and a budget." That carries the (potential) implication that the Asteroid Redirect Mission is not a fixity in NASA's future. For the not having of such things would make it VERY easy to make the entire mission go away--should someone decide there was no longer any reason to keep it around. "The cancellation of SOFIA was mentioned…SOFIA is in a state of flux." Isn't SOFIA all but finished? (In fact wasn't it due to become fully operation this year?) Why would anyone want to cancel it at this stage?

"Had Congress and the (Bush and Obama) Administrations not chosen to retire, or acceded to the retirement of, the space shuttle they would not be having such worries. " Shuttle could not provide the emergency return capacity of Soyuz (which was the original reason the Russians were brought into the Space Station Program) "Isn't SOFIA all but finished? (In fact wasn't it due to become fully operation this year?) Why would anyone want to cancel it at this stage?" SOFIA operations cost $85 M/yr. Over its 20 year lifetime that is $1.7 B, not that far off a flagship mission (whose costs would be divided across many years, so not completely an apples and oranges comparison).

"[The] Shuttle could not provide the emergency return capacity of Soyuz." First of all, I rather suspect you mean "capability" rather than "capacity. (A single shuttle has a greater CAPACITY, in terms of the number of people it could return, than a comparable Soyuz.) I mention that because the CAPACITY of a Soyuz is one of the limiting factors on how many people can be up at the ISS at any given time. But that aside I would take issue with that statement of yours. I would argue that the Soyuzes have no greater CAPABILITY of emergency return (from the ISS) than the shuttles. The Soyuz's Number 1 advantage in that regard is the comparable cost involved. Any emergency evacuation vehicle would have to be parked up at the ISS on a more or less permanent basis; and it was obviously far cheaper to park a Soyuz up there than a multi-billion-dollar space shuttle. That multi-billion-dollar cost is one of the reasons there have always been so few space shuttles at any given time; and devoting one of them to the job of ISS lifeboat would not have been a cost-effective solution!

NASA Press release today: SOFIA is up for rent at $1 million per flight/day. Interest & questions must be submitted prior to 5/1/14. If no interest SOFIA goes into storage fr 2015. See the NASA link: http://www.nasa.gov/press/2014/april/nasa-begins-search-for-potential-sofia-partners/#.UztgE6hdUvA