A Division of Planetary Science

When Scientists Can't Agree on Priorities, Should Politicians Listen?

The session, held in a packed committee chamber in the House of Commons in downtown London, featured four invited speakers, each one briefly discussing their area of scientific expertise: Mars, outer planets, asteroids & comets, and the importance of space in inspiring students. The conference did a great job turning out scientists to pack the room, unusual for a parliamentary committee meeting.

The session's stated goal was to provide:

...a rare opportunity for planetary scientists to interact directly with policy makers, both from the UK and from Europe...to share information and understanding of each others' priorities and goals.

And in attendance were two Members of Parliament and various other staff! A rare opportunity indeed and crucial to developing stronger political support for space exploration in the UK and Europe.

But during the open discussion period I was dismayed to see multiple scientists (who made up the majority of the crowd) stand up and give a variation of the following: "How could you possibly ignore topic X? Topic X, which I just happen to specialize in, is far more important to planetary science than topic Y! You should have talked more about X!"

Now, this debates are all well and good, but allow me to suggest that this should never happen in front of politicians. If science is to survive eras of austerity, scientists need to present a common cause when asking for political support. Public squabbling about whose research is more important is just bad form.

Imagine the poor politician who hears one scientist argue that lunar exploration should be the government's top priority. Along comes another scientist, this time arguing for Titan as the top priority. In comes another one arguing for Mars, etc.. Does this politician, who literally has to develop opinions on thousands of topics, have the time and inclination to figure out their best position?

Usually not. They'll think that the scientific community is divided and undisciplined. Why should they work to fund that? 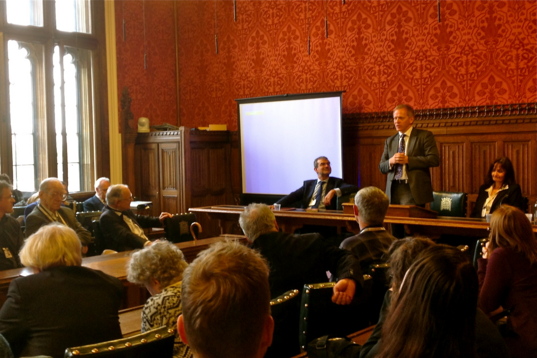 Now imagine a politician that sees scientist after scientist come in and argue for the same priorities. The message is reinforced. The goals are clear.

Which approach will tend to garner better support for science?

The planetary science community must show a united face to the politicians (and the people!) responsible for their funding. This means showing some discipline and accepting that yes, sometimes other research may be highlighted more than one's own, but it's a practical concession that must be made.

A good example is the Planetary Science Decadal Survey in the U.S., which sets out the official priorities of the planetary science community. This is not a document without detractors, but it went through a long process in which goals were debated within the community.

When the Planetary Society walks into a congressional office, we can state simply that we want to "support the Decadal Survey." When a scientist goes to lobby Congress, they say the same thing. We've seen very strong response to this tactic, and funding has improved, with legislation written into law requiring NASA to "follow the Decadal Survey."

Yesterday's session was valuable because - if for nothing else - it was the first time the EPSC arranged a meeting with MPs. It should continue to do so. But in the future, the scientists in attendance should realize that they're there for a common cause, not their own. If everyone demands precedence for our own parochial science, we become that figurative house divided. And you know how well that works out.

Some excellent points. Note however that the UK is far from the decider of European space policy and that ESA's "Cosmic Vision" and "Aurora" programs, ratified at ministerial level across Europe, server far better. That said, as I've also indicated in correspondence to TPS recently, the US 'does space science' far better than anyone else; and I feel this is not highlighted enough or indeed in the psyche of many in the US these days, and arguably needs more championing. Finally, while the document you point to is extraordinary, it is impenetrable by all but experts in the field, and the Executive Summary is far from satisfactory IMO. In that regard I respectfully suggest that organisations like TPS should sift through the Decadal Survey and provide incentivising and visionary guidance to Legislators on its content and proposals.

The only solution in an era of no budget as I see it is just the obvious approach that each player submit to the space organizations headquarters what mission they are promoting by justification. Then HQ will take the selected mission(s) to be presented as an item for funding request with a brief, simple reason to the politicians. Then the political leadership will decide and direct the space agency to carryout the funded mission. My take...

An incisive post. One comment re "When the Planetary Society walks into a congressional office, we can state simply that we want to "support the Decadal Survey" : Even more "real-world", "hard-nosed", "politically-savvy" and "sales-oriented" would be to assume that the average politician is extremely hard to activate and that the "sexier" a cause is the MUCH more likely it is to attract attention, develop a buzz, and garner support. So if the selling sentence was roughly: "support the Decadal Survey, 'cos there's a good chance of finding alien life quite soon and quite nearby, and you need to know the answer to that in your own lifetime!", followed by emphasising the missions which maximise that chance, that would probably have even more effect. Whether or not every planetary scientist thinks that the life-potential missions are now the most exciting things NASA can do (surely they are), they're undeniably the most "sexy" things on the horizon, and hugely more exotic and exciting planetary science in general and in total will get done "inter alia" on ambitious life-hunting missions to Europa, Titan, Enceladus, or other icy moons or Mars, than is ever likely by trying to "sell" a variety of other missions, ESPECIALLY if the total budget gets expanded by the sales pitch - which is ONLY conceivable in the current climate with a focused "sales-push" on something "sexy" - for which there's only one possibility!