I have good news! Today at the Outer Planets Assessment Group (OPAG) meeting, Dr. Jim Green, Director of NASA's Planetary Science Division, reported that Congress has rejected NASA's operating plan that raided Planetary Science funding to pay for unrelated programs. NASA is currently preparing a second draft that will more closely align planetary funding to congressional intent, which has yet to be delivered for review. We do not know what the exact number for planetary science will be, but it's safe to say that it will be an improvement over the first draft. 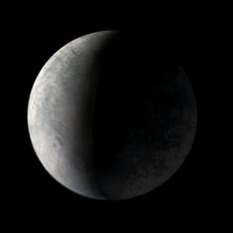 Voyager 2 view of Europa's night side

This Voyager 2 image shows the night side of Europa.

Last month, we reported that NASA planned to use money that had been restored to the Planetary Science Division by Congress for unrelated programs. Congress had provided $1.42 billion for planetary science in 2013, but NASA had proposed to spend only $1.2 billion, in line with the President's original budget request and effectively implementing a major, major cut to the program.

The Planetary Society, along with our allies for Planetary Science in the scientific community, launched a targeted letter-writing campaign to Congress and NASA Administator Charles Bolden and traveled to Washington, D.C. to meet with key staff and lawmakers. We pushed a united, clear message to Congress: reject the plan.

And it worked! Thank you to everyone who took the time to write on this issue. But don't forget, this is only for 2013. Next year's budget request cuts planetary science again. We need to get Congress to reject this, again. Have you written Congress in support of Planetary Science?

Thanks for the great news! See you all in 2 weeks.