The Jet Propulsion Laboratory announced on Tuesday that it would be suspending its annual "open house" event due to budget restrictions placed on all NASA outreach activities.

Due to budget restrictions, plans for a JPL Open House in spring 2013 have been suspended. If budget considerations improve, JPL hopes to host an Open House at a future date, perhaps as early as fall 2013. Please check back here for updates.

This is, to say the least, a very depressing announcement. NASA's recent directives cutting down on travel and education and public outreach are really starting to be felt. It seems like every day another conference is canceled or a public event gets suspended indefinitely. 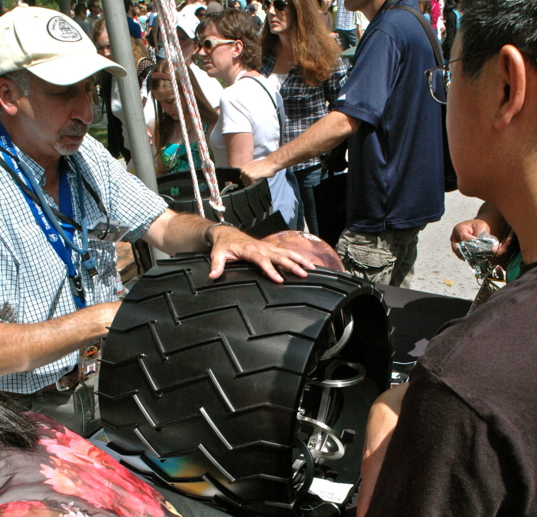 JPL's open house is a wonderful, wonderful event. Something like 40,000 people show up over a beautiful southern-California weekend to celebrate the technological capabilities enabled by the space program. There are full-size rover mockups, robotics demonstrations, tours of the control rooms, the clean room where they built Voyager, Viking, Curiosity, and others, and lots more. The usually sedate campus of JPL turns into Disneyland for a weekend (it's free, by the way), all in service to the public.

How many first-time visitors to the open house this year would have had their lives changed? How many future scientists or supporters of space exploration will never exist? What would those scientists have discovered in the future?

But that's the sequester for you.

The body of the message above is exactly what I was thinking when I first saw the headline. It seems as if the Planetary Society does its darndess to get kids & potentially other young people involved, then something like this happens. Maybe when E.T. phone's home or we realize "time waits for no man" some people will get smart. I even voted for The Man.

Same thing's happened with the Community Day at the Goddard Space Flight Center - one of the first things that was cut by the sequester.

so.....then how do you explain the 50 something job openings posted in the past 2 months for said campus?