Earlier this week, I noted that Rep. Adam Schiff (D-CA) was holding an online townhall event where the public could ask questions via Twitter and Facebook. A few people asked him about Planetary Science funding (background here). Here are two of his responses:

@CaseyDreier: What are you doing to reverse cuts to NASA's Planetary Science prog? HR933 makes no mention of restoration in FY13.

Rep Schiff: I share your concern about cuts to planetary science. During the appropriations process for the FY 13 bill, I was able to work with my colleagues (including Senator Feinstein) to reverse the ill-considered cuts to planetary. Under the terms of a CR (like HR 933), the budget numbers would be adjusted for sequester based on the 2012 numbers. which were higher than the Administration's request for FY13. It is my understanding that the planetary science program can withstand these cuts if they are of short duration, but if they continue, there will undoubtedly be consequences for the world's most amazing workforce and for science. That is unnecessary and foolish and I will do everything possible to stop it.

Michael (Facebook): What is the state of NASA Planetary Science budget allocations? Will we be spared from the (up to) 29% funding cut to our highly successful and inspiring program?

Rep Schiff: As you know, I have been fighting to overturn the Administration's short-sighted attacks on planetary science for the last two years, and we have been successful to a significant degree in restoring funding. Given the oddities of the pending continuing resolution that will take us through September 2013., the planetary science program will not fare too badly this year in that the Mars program (including the initial work on a new Curiosity-class rover) will continue as planned. I am concerned about the 2014 request, however, and have been pushing NASA and the White House not to repeat the attempt they made last year to raid planetary science. 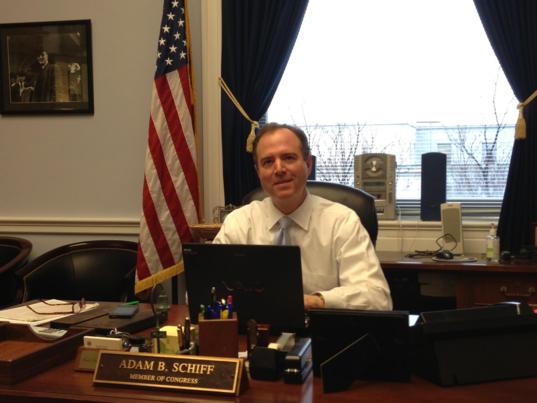 Thanks for keeping on top of this. I wasn't aware of the restoration of funds in FY13, is that something the administration will fight? And the sequester will still cut 9% of that restored funding?

@Tim C: It's very much up in the air if a "continuing resolution," funding the government at 2012 levels, will actually prevent the cut to Planetary Science. There are some subtleties with how the Administration will allow Planetary Science Division to spend its money. We also have to wait to see what the Senate does in response to the House's proposed funding bill for the remainder of 2013. So, to answer your questions more simply: Yes and yes. We'll keep you posted.