I am saddened by the loss of my professor and mentor, Bruce Murray.  I celebrate him here by sharing some personal memories and reflections.  There is much to respect, and also much to amuse as we reflect on the life of this great man.

My first connection to Bruce Murray was his signature on the membership card of The Planetary Society.  Yes, I carried my card in my wallet.  I had joined while in high school when The Planetary Society was established.  Whenever I looked at the membership card, I always focused on the signatures: Carl Sagan, and this guy named Bruce C. Murray.  (Random Bruce Murray fact: his middle name--Churchill).  Then, I went about my life, and eventually was accepted to Caltech Planetary Science for graduate school.  That first summer, I was assigned to carry out summer research with Bruce.  Before having met him, I just thought: cool, this is the guy whose signature I have carried in my wallet for years! 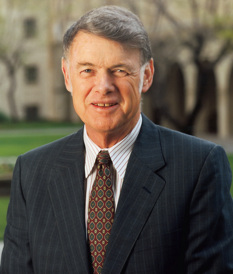 One of the first things I learned about Bruce after arriving at Caltech was that he had completed his Ph.D. in two years – a terrifying thing to learn about a potential graduate advisor.  I tried to sooth myself that he had done that at a little-known, lesser institution – MIT.  Later he told me that he had been very focused on finishing his Ph.D. quickly because he thought he might get called to active duty in the U.S. Air Force at any time for the Korean War or its aftermath.  Still.  2 years.  Yikes.

As I got to know Professor Murray, he was… different when compared to other faculty.  Bruce had returned to teaching shortly after his stint as director of JPL and co-founding The Planetary Society.  Bruce had a broader perspective on the whole space exploration process.  That meant, as a student, one may have gotten less of his time focused purely on science, but, in return, one got an introduction to the broader world of planetary exploration.  Mind you, he and all the other professors held the students accountable for excellent science, but Bruce also got his students involved with other strange endeavors that had impacts on space exploration more broadly--like The Planetary Society.

Bruce had different sides to him.  In meetings or seminars, he filled the obligatory role of Caltech faculty (and former Caltech students J) as cranky, dubious, skeptical questioners of all things presented to them.  He also was focused on trying to bore into the core issue of a matter, sometimes at the expense of pesky details.  I can’t tell you how many times he asked people, including me, to sum up what they were talking about in 25 words or less – I did so in my Ph.D. defense as a joking response.

Being a Bruce Murray graduate student was also an interesting process when I interacted with others in the field.  People in space exploration tended to either really like or really dislike Bruce Murray, likely as a result of his big personality, strongly expressed opinions, and positions of power he held.  That actually tended to work out well for me as a graduate student.  Others in the field would either help me because they liked Bruce, or pity me because they didn’t.

Bruce involved his students as free labor supporting The Planetary Society – a hidden benefit many members weren’t even aware of.  It was through Bruce, and those I had met at the Society, that I was called back into the fold at The Planetary Society as Director of Projects, after stints doing planetary science research and working at NASA Headquarters.

Of course, there are memories involving Bruce that I don’t like to think about, like Ph.D. oral qualifying exams, or Soviet saunas.  But there are many I like to focus on, like his kindness to and concern about my family, his insights into the scientific process, his great big belly laughs, his slamming his hand on the table and shouting “Damn it, Lou [Friedman]!”, his unabashed sporting of side burns long after the 1970s, and his unveiling of the amazing world of Martian geology to me. 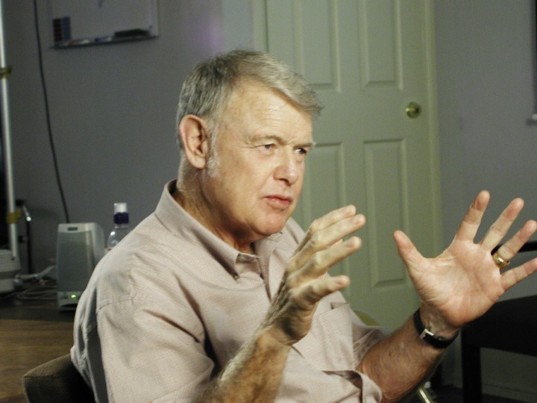 This was really nice to read, and brought back some fond memories. I will always remember Bruce as a kind and generous man, who taught me "Tell 'em what you're gonna tell 'em, tell 'em, then tell 'em what you told 'em!"

Well put. I had to find out who the second signature on my first member card was too. I'd already run across Dr Sagan, filling in time on TV in the wee hours of the second moon landing. He was asked by some second tier news guy, "why are we doing this", he answered succinctly & more humanely than i'd considered. Cut to commercial. After the break the newsy said basically, uhh say what ?. Dr Sagan reiterated the explanation for mankind/NASA wanting to go to da Moon, with different words in the same, logical order as his first schpiel. Totally blew a 3rd year Mech. Engrg student away. Never did get enough of his words. And I understood early on that he, Friedman & Murray were buddies. The Planetary Society is a damn fine legacy for them all.