Last week, Planetary Society Shoemaker NEO grant  winner Gary Hug of Kansas, USA discovered the asteroid 2012 SY49 that flew by Earth about 2 lunar distances away later in the week.  He said the discovery was only possible because of the upgraded camera he purchased with the Shoemaker NEO grant.  The asteroid is still on the predication lists for low probability of impact with Earth in many years.  Some of the initial follow-up observations (necessary to refine the orbit) came from fellow Shoemaker NEO grant winner Robert Holmes in Illinois, USA.

Images from the discovery of near Earth object 2012 SY49, discovered by Shoemaker NEO grant recipient Gary Hug. The images show the movement of the asteroid (indicated by the arrows) over 45 minutes. The object, temporarily designated by Hug as lb3720, was moving about 2.1 arcseconds per minute at the time of discovery. The object is a very few tens of meters in diameter.

There are 20 possible impacts calculated in the next 70 years or so with a cumulative impact risk of about 1 in 77,000 with the largest chance of impact at 1 in 213,000 in 2048.  Thanks to Hug’s discovery, the orbit can be refined when observations are made during future Earth flybys.  The size of the object is still also being refined, but it is ball park few tens of meters.  If it impacted Earth, that could put it small enough to break up in the atmosphere harmlessly, or big enough to cause Tunguska size damage depending on its exact size. 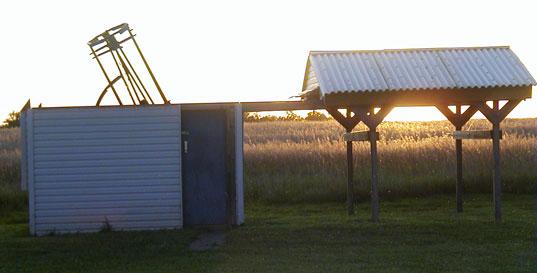 Hug emailed me, “If I were still using my old Camera before receiving the Planetary Society's Shoemaker NEO Grant, 2012 SY49 would not have been in my field of view. And if no one would have imaged the area again within the few days the object would not have been discovered at all [now only a week later, it has already dimmed beyond the point where even large telescopes would be able to image it]. I was quite lucky to be in the right spot at the right time. Makes you wonder how many more 2012 SY49's there are that are never observed because of the short time they are visible.”

Wonder indeed.  But, obviously, the more qualified observers with advanced equipment there are, the more we’ll find and track.  Consider helping The Planetary Society help observers like Gary Hug find, track and characterize near Earth objects through our Shoemaker NEO grants.  If you missed my blog last week about some of our other Shoemaker NEO observers and the program in general, follow this link.

They are watching the skies for you!

Help award this year’s deserving observers around the world. Each Shoemaker NEO Grant provides the seed funding that can greatly increase the contributions to Near Earth Object (or NEO) research of amateur observers, skilled observers in developing countries, and professional astronomers.

Our researchers do absolutely critical work: defining NEO orbits to tell whether they are on a collision course with Earth and continuing to discover new NEOs.

Where else could you get such a huge scientific return on such a small investment?

I Want to Help