Meeting with members of Congress to promote space science and exploration

Before attending the State of the Union address this past Tuesday, my Planetary Society colleagues Jason Callahan (Space Policy Adviser), Matt Renninger (Senior Government Relations Manager), and I had a series of very productive meetings with members of Congress from both parties. Along with discussing some critical issues in space exploration, we helped recruit additional members to join the new Planetary Science Congressional Caucus, which will help promote planetary science and exploration in new and exciting ways in the U.S. capitol.

All in all we met with sixteen sitting members of Congress. We visited all six congressional office buildings, and even managed to get in a Facebook Live with Senator Gary Peters from Michigan. At each meeting we had the opportunity to talk about the importance of planetary science and basic research. We reminded each Congressman, Congresswoman, and Senator of our independence as an organization and that our members come from diverse backgrounds and are very knowledgeable when it comes to space exploration and planetary missions.

Of course, I do not agree with every congressional member on every political issue, but we are able to find common ground—in space. We agree on the importance of space exploration to our intellectual and economic well being. It gives me great hope for the future. As you know, I strongly believe that space brings out the best in us—it enables people who might otherwise oppose each other to find opportunities to work together and build the mutual trust essential to a healthy democracy.

Our advocacy work over the past year was just the start of things to come. Thanks to the ongoing support of our members, The Society will continue to be a catalyst for one of the few things on Capitol Hill that brings people together. In the weeks ahead, you will hear more about this new Planetary Science Caucus. It's unique and innovative. Yesterday’s work was vital to getting this caucus off the ground. Stay tuned. 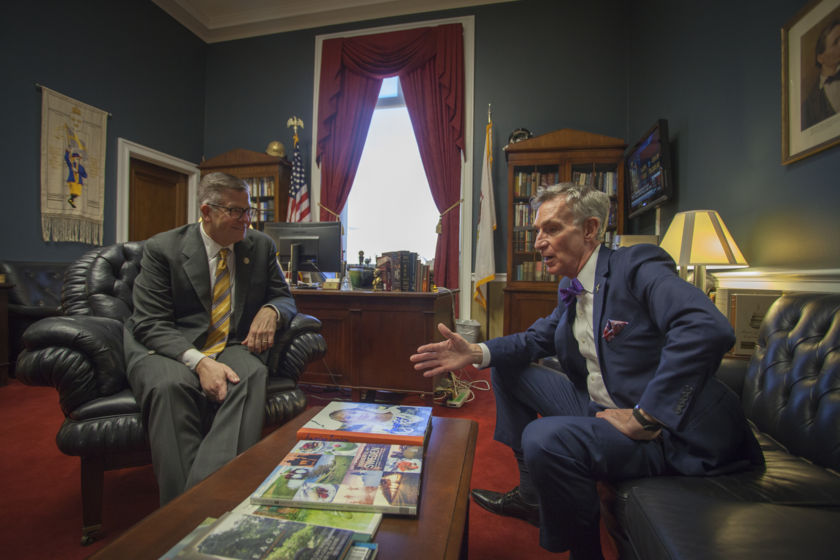 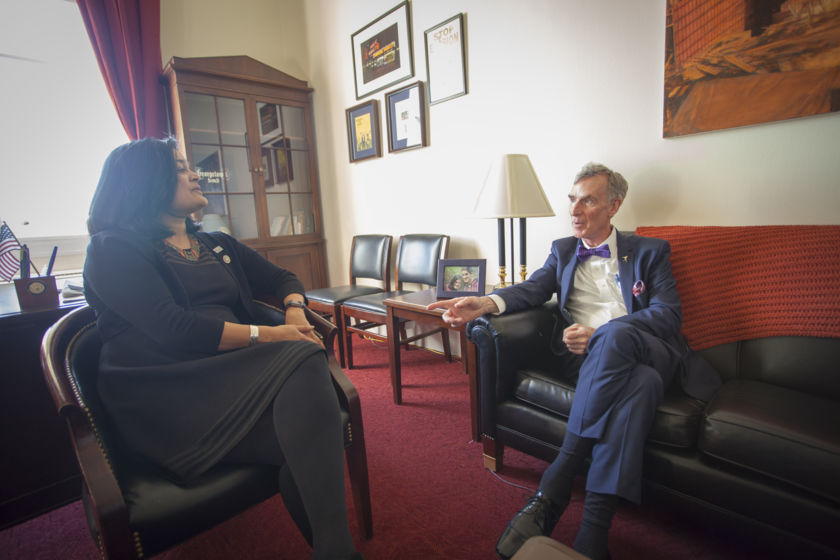 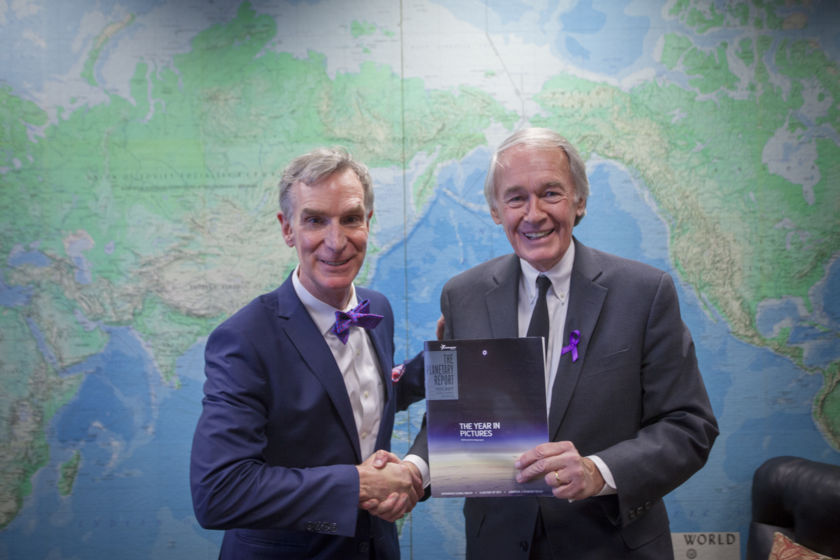 Bill shows off a copy of The Planetary Report with Sen. Ed Markey (D-MA), the Ranking Member on the Senate Space Subcommittee. 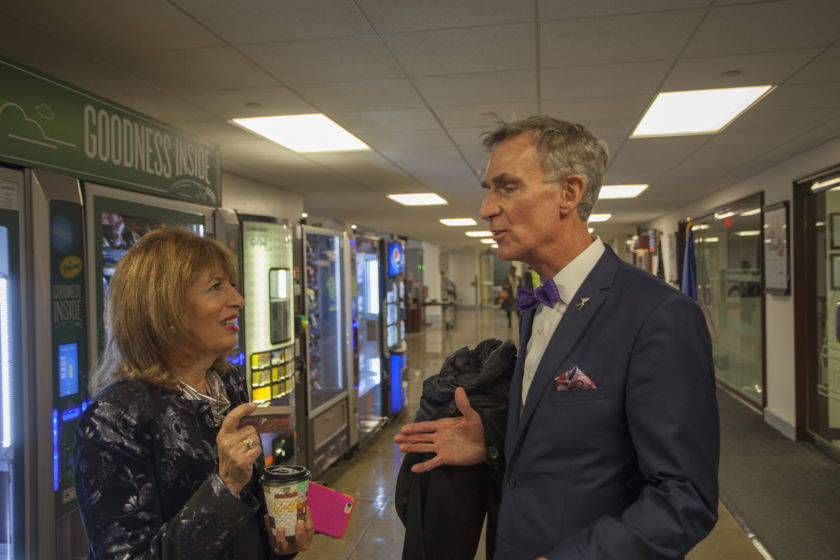 Stopping for a quick chat and a snack with Rep. Jackie Speier (D-CA) 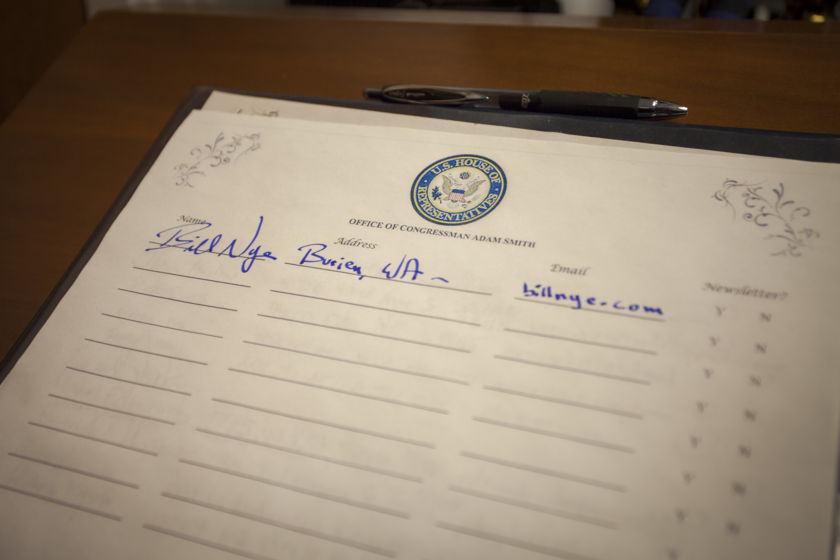 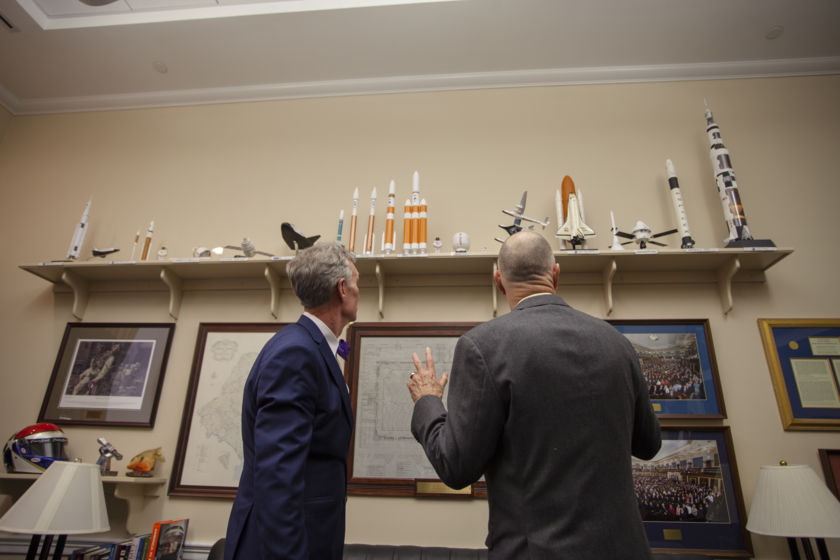 Talking launch vehicles with Rep. Bill Posey (R-FL). Rep. Posey worked on the Apollo program, and represents the district that is home to Kennedy Space Center. 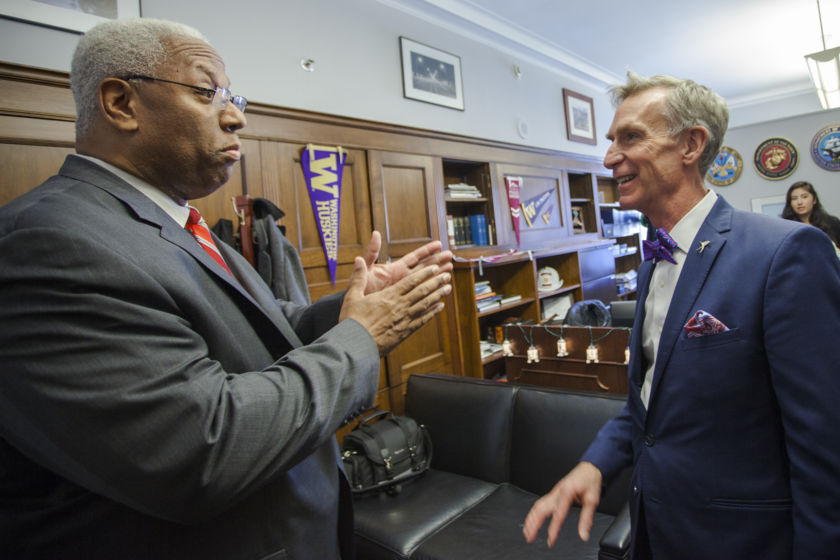 You never know who you will run into around Capitol Hill before #SOTU. Pleased my guests Ravi & Amy got to meet @BillNye on our way back from Capitol. His presence at the speech will send important message about #ClimateChange! @Ravi16 pic.twitter.com/F3qNMBERAg

.@NASA is our greatest intergalactic ambassador. Good time meeting today with the ultimate science guy @BillNye to discuss the importance of funding our space program. pic.twitter.com/QFaW5iwX8q