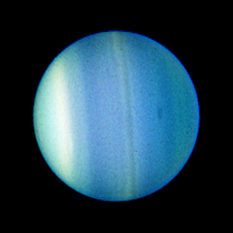 Heidi Hammel gave a brief but spirited presentation designed to wake up the audience to the fact that Uranus is fast approaching its equinox, an event that will happen on December 7, 2007.