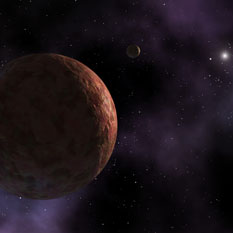 As part of a big, ongoing project to make a comparison chart of the dimensions and physical properties of solar system objects I've spent the morning tackling the difficult problem of summarizing the physical characteristics of the biggest things that are out there beyond Neptune.