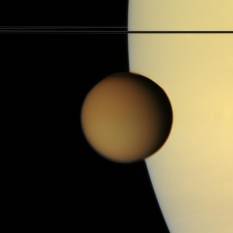 This week is the end for Kodachrome film. It's a casualty of the digital revolution. 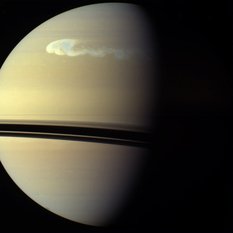 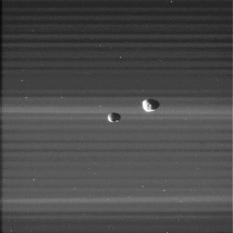 An update to the Cassini Tour Page

Where's the Cassini Saturn orbiter going to be in the next week -- or hundred weeks? It's all already planned out. 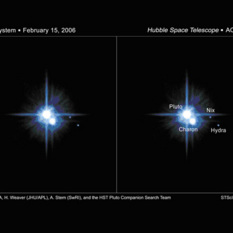 An awful lot of the talks in the Pluto session on Tuesday morning, October 5, at the Division of Planetary Sciences meeting spent more time focusing on how bad weather conditions were during the astronomers' attempts to view Pluto as it occulted background stars than they did on any measurements or science that came out from the data. 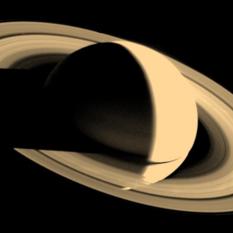 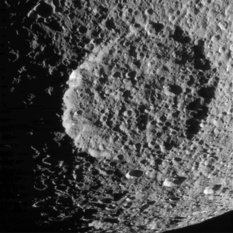 Over the last couple of days Cassini flew past Enceladus, Tethys and Dione, so there are lots of treats to see on the raw images website! You should go check it out for yourself, but here are a couple of real favorites. 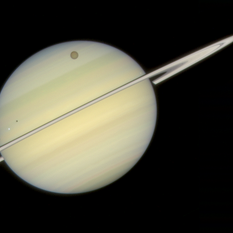 How to Recognize Titan from Quite a Long Way Away

You know, I could fill this blog almost entirely with the amazing images that Gordan Ugarkovic locates, processes into prettiness, and uploads to his Flickr account. 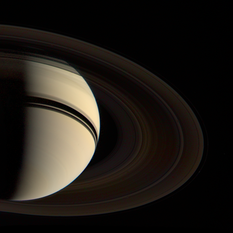 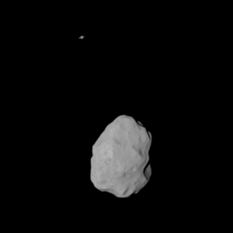 A quick post of just one of the gorgeous images from Rosetta's flyby of Lutetia today; for more, see the Rosetta Blog. But this one was just too pretty to wait for. 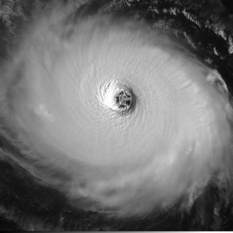 Saturn's hexagon is not unique

It turns out that Saturn's not the only place that displays geometrical shapes in its atmosphere. Earth does too.