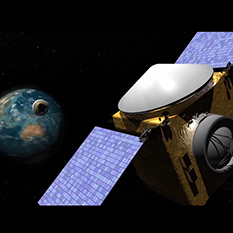 NASA has selected the OSIRIS-REx mission as the next New Frontiers mission. OSIRIS-REx (Origins-Spectral Interpretation-Resource Identification-Security-Regolith Explorer) will be the first U.S. asteroid sample return.