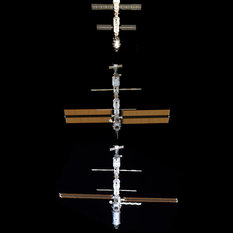 What's left to do in assembling the Space Station

A little project I've been wanting to do for some time, combing the NASA archives for photos that document the assembly of the International Space Station.