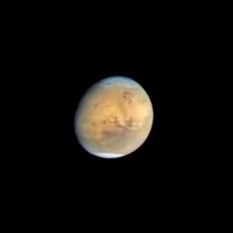 Some Recent Views of Mars from Hubble

Ted Stryk showcases some of his processed versions of recent Hubble Space Telescope views of Mars. 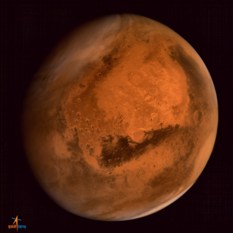 Ever since I first learned about the capabilities of Mars Orbiter Mission's small payload of science instruments, I have been anticipating one type of data in particular: global color views of Mars captured in a single 2000-pixel-square frame. Just days after entering orbit, Mars Orbiter Mission has delivered on that promise.

Hubble to the rescue! The last-ditch effort to discover a Kuiper belt target for New Horizons

Will New Horizons have a mission after Pluto? Ground-based searches have failed to turn up anything that New Horizons can reach. Now Hubble is joining the search, but time is running out: a discovery must be made within the next two months.

Explore the physical characteristics and inner workings of the Sun and then learn all about Stars and Stellar Evolution in this video of class 12 of Bruce Betts' Introduction to Planetary Science and Astronomy class.

Learn about the formation and origin of the Solar System and go beyond our neighborhood to investigate exoplanets (planets around other stars) in this video of class 11 of Bruce Betts' Introduction to Planetary Science and Astronomy class. 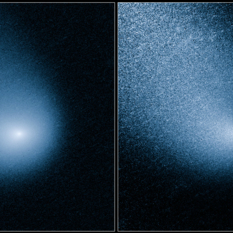 Hubble has taken some great new images of our 'friend,' Comet Siding Spring, due to pass by Mars at less than 136,000 km on October 19 – less than half the distance between Earth and our moon.

Explore optical, radio, and space telescopes and the Moon in the video of class 3 of Bruce Betts' Introduction to Planetary Science and Astronomy class. 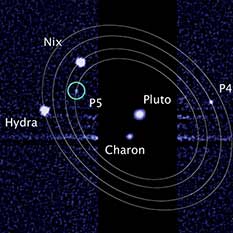 Why didn't we discover Pluto's moons until more than a decade after Hubble launched? Mark Showalter helps me answer this question.

The astronomy world is all a-twitter this morning over the discovery of a new supernova in M82, a galaxy that's in our astronomical backyard, "only" 12 million light-years away. And early word is that it appears to be a Type Ia supernova, the kind that's used as a standard candle to measure the expansion of the universe.