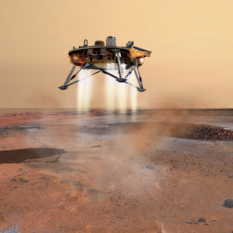 A couple of days ago Malin Space Science Systems (MSSS) issued a news notice that explains some of the horse-trading that went on behind the scenes to rescue MARDI, the descent imaging camera that they are building for the Mars Science Laboratory rover.

After three days of presentations, voting, and extended discussions, the "Mars community," as represented by something over 100 scientists who decided to attend the second Mars Science Laboratory (MSL) landing site selection meeting in a process that was open to all, have narrowed down to six the number of potential MSL landing sites.

Unlike the Mars Exploration Rover mission, which featured two golf-cart-sized landers, this time we have only one giant, Volkswagen beetle-size. So at the end of this process we have to pick our favorite place on Mars, not our favorite two places.

The latest on MSL landing sites, a look at comet outbursts, and links to other stuff. 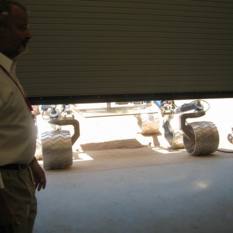 Mars Science Laboratory is going to be HUGE

Yesterday I deposited the baby with her grandmother and went to the Jet Propulsion Laboratory for a press junket to the opening of their new Mars Yard.