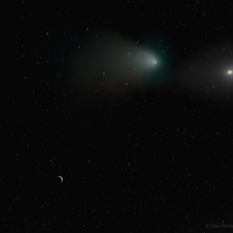 Three years ago, on October 19, 2014, comet C/2013 A1 Siding Spring passed within 138,000 kilometers of Mars. At the 2017 meeting of the Division for Planetary Sciences of the American Astronomical Society, we heard a progress report on Mars orbiter imaging of the comet's nucleus. 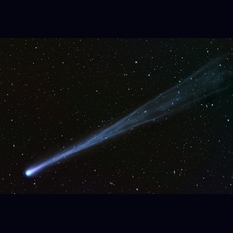 Next week's solar eclipse will reveal the Sun's corona, nearby bright planets and stars, and, if we get extremely lucky, a comet! 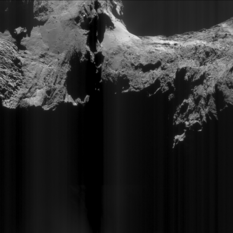