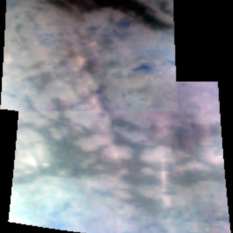 A couple of weeks ago there were press releases coming out of the American Geophysical Union meeting about the discovery of a "massive mountain range" on Titan. 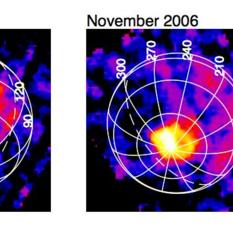 There's a new image product released from the Composite Infrared Spectrometer (CIRS) on Cassini, an instrument that is capable of measuring the temperatures on the extremely cold surfaces of Saturn's moons and rings.

Ever since I first read about the plans for Cassini's tour of the Saturn system I've been looking forward to the current phase of the mission.

Breaking a tie on the Cassini science teams

This week's Cassini Project Update was particularly interesting, because it contained a story about how a difficult decision was made regarding the prioritizing of different science teams' desires for an upcoming Titan flyby.

Cassini VIMS and RADAR: a cryovolcano on Titan? 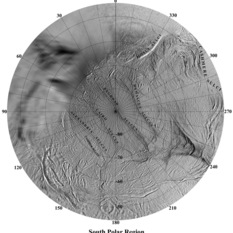 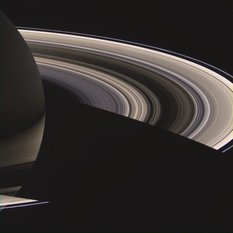 Cassini's view from the backside of Saturn

Over time, Cassini's orbit apoapsis—the point on the orbit that is farthest from Saturn—has been shifting slowly toward Saturn's night side. Lately, this point of view has resulted in some truly lovely photos of the planet. 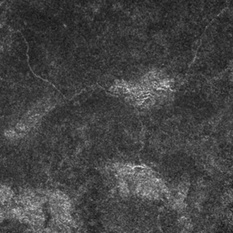 They released the entire Cassini RADAR swath across Xanadu!

Following immediately on the heels of the release of the "T7" swath to the Planetary Data System, the Cassini RADAR team has delivered more: yesterday they released the entire "T13" swath, acquired in April, to the public. 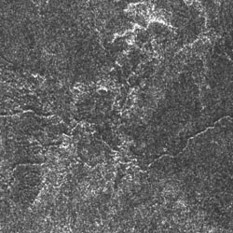 Cassini's T7 flyby of Titan occurred on September 7, 2005. They've now released the full swath of RADAR image data to the Planetary Data System; here it is for your enjoyment.

The official publication on the second Titan RADAR swath is out