Emily Lakdawalla is available for speaking engagements, either physical or virtual. She can speak to all kinds of audiences, from young children to professional astronomers. She is also experienced at live radio and television interviews on topics in planetary exploration. Send an email to blog@planetary.org to inquire about availability and honorarium. Following are some past presentation topics, but others are possible.

Looking for Life in the Solar System

I tour the solar system with the goal of informing the audience about the variety of different science missions actively exploring our solar system right now, with emphasis on the scientific motivations for their exploration (our origins and the search for life), with lots and lots of pretty pictures. I pick and choose the recent scientific discoveries I mention to be appropriate to the occasion. You can let me know if there are certain scientific themes you want me to emphasize. I update the presentation in the week or two before the talk so that I can show up-to-the-minute pictures -- it's always a thrill when I can show an image on the screen and say "this was sent back from Mars yesterday." Here's a recording of me giving this talk to the University of Rhode Island Honors Colloquium on October 10, 2017.

Was Mars ever warm and wet? or always cold and dry? Was there Martian life? Dozens of orbiters, landers, and rovers have been sent to Mars to try to answer these questions. Thanks to a recent Renaissance in Mars exploration, we now have a new picture of Mars as a complex world with a rich history. In some places, at some times, Earth-like life could have thrived there. Emily Lakdawalla will tell Mars' story and explain the science with stunning photos of the planet next door. This talk is based on an article I wrote for Sky & Telescope magazine and on the research I did for my Curiosity books.

In the last two decades, dozens of spacecraft have explored planets, moons, asteroids, and comets, returning a treasure trove of scientific data. Thanks to generous data release policies and the proliferation of high-speed Internet, the worldwide public has rapid access to huge quantities of spacecraft image data. Skilled amateur image processors produce stunning views of alien places, and represent a valuable and underutilized resource for increasing public support of planetary exploration. I'll present some of the beautiful work being done by these amateurs and discuss ways that they can benefit planetary science. Here's a recording of me giving this talk to the Space Telescope Science Institute on June 7, 2016, and another one of me giving it at the Lunar and Planetary Laboratory at the University of Arizona on February 5, 2018.

Speak Your Science: How to give a better presentation

Bad presentation often gets in the way of great science. Professional meetings are an opportunity for scientists to communicate with potential collaborators, employers, or funders about their exciting work. Unfortunately, many people squander their opportunities in the spotlight by delivering confusing, boring, or just plain bad presentations. I'll provide guidelines on how to prepare a conference talk that will educate and perhaps even entertain, whether your audience is one of skeptical peers or the general public. Much of the advice also applies to writing about your science. Here's a recording of me giving this talk at the Lunar and Planetary Laboratory at the University of Arizona on February 5, 2018.

The Golden Age of the Solar System/What's Up in Space

I've given this talk under several titles. Many people think of the glory days of space exploration as being in the past, culminating in Apollo, but we're living in the golden age of planetary exploration right now. Twenty-odd robots are exploring worlds big and small throughout the solar system. I'll show highlights of current space exploration activities, feature lots of pretty pictures, and explain how you can follow along with these missions every day. Here's a recording of me giving this talk at the Amherst College Reunion Weekend, May 23, 2016.

How New Horizons turned Pluto from a faint dot in a telescope into a fascinating world.

The New Age of Exploration

How we are using use flybys, orbiters, and landers to learn more and more about the worlds of our solar system, from Mercury to Mars to Pluto and beyond.

The story of the most complex spacecraft ever sent to another planet, from inception to science results.

Is there life out there? Why is Venus so different from Earth? What did we find at Pluto? Why do we keep discovering water on Mars? How many spacecraft are out there exploring how many different places? What are the questions that motivate space exploration, and will there be any questions left to answer when you grow up? (Spoiler alert: yes.)

I Am a Geologist

I come dressed in geology field gear, discuss with kids what I'm wearing and why, hand around some props including a 4.5-billion-year-old piece of an asteroid. Finish with discussion of what other scientists wear to do their jobs, ask each kid to think about themselves as a scientist and draw a picture of how they'd dress to do the job. 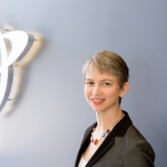 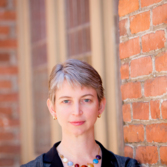 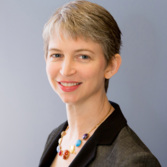 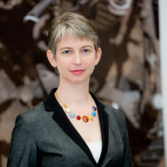