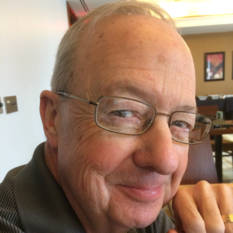 Secretary, Board of Directors of The Planetary Society; Associate Professor of Radiology, University of Texas

After joining The Planetary Society as a member during our first year, Wally Hooser joined the Board of Directors in 2012 and currently serves as Secretary.

Born and raised in Texas, Wally graduated from the University of Texas in Austin and then from Baylor College of Medicine. He spent his residency getting board certified in both diagnostic radiology and nuclear medicine. He was a member and oversaw a major portion of the Radiology Consultants of Tulsa practice at Saint Francis Hospital for 25 years. During that time, he also served as a Clinical Professor of Radiology at the University of Oklahoma Tulsa Medical College. He currently serves as a Clinical Associate Professor of Radiology at the University of Texas Southwestern Medical School in Dallas.

A man of many interests, Wally also served as the Mayor-appointed representative on the Employee Benefits Committee for 12 years—through 3 different administrations. The Governor appointed him to the Oklahoma Commission for Healthcare Reform in the early 90s.

He’s spent the last 30 years also working for various philanthropic ventures including helping fund hospitals, schools, Children’s non-profits, and scholarships. He served on the Board of the American Medical Student Educators in Radiology and on the Board of the Research and Education Foundation of the Association of University Radiologists. He has also served on the Boards of various health insurance companies. He now spends a lot of time on projects with his position as the Chairman Emeritus of MREH.

As a lifelong space science and exploration enthusiast and an investment strategist, Wally joined our Board of Directors because The Planetary Society is, for him, the best long-term investment for our species that he’s found in his lifetime.