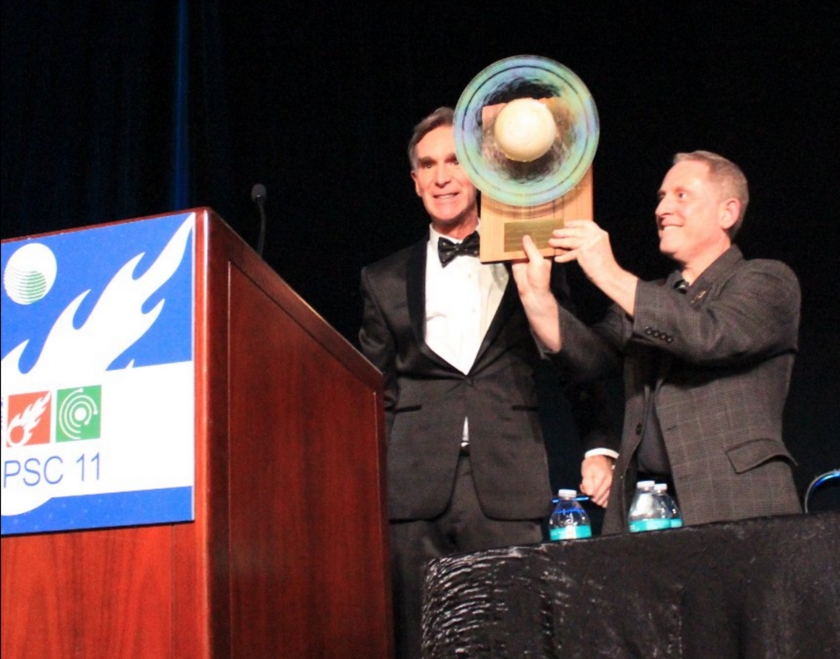 New Horizons Principal Investigator Alan Stern and the mission team were standout candidates for the Cosmos Award, unanimously selected by The Planetary Society Board of Directors. Their work to engage the public throughout the history-making New Horizons Pluto system flyby and subsequent phases of scientific discoveries excited the global community and fueled public interest for space. Alan Stern and the New Horizons team embraced the July 2015 Pluto system flyby as an immense opportunity to engage and energize audiences worldwide. Through spectacular first-time photographs and storytelling, the New Horizons team sparked massive public interest not only in Pluto and its moons, but also in the excitement of modern scientific exploration in general.